Celebrating Vir Das on his 40th birthday, the actor comedian with a doctorate degree 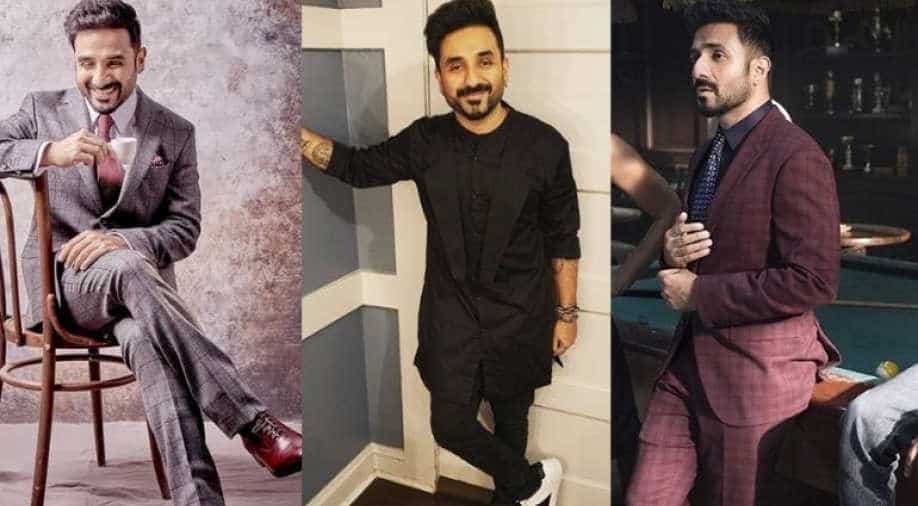 Vir Das is the first ever comedian to go on a World Tour, spanning across 32 countries and 6 continents in 2017. The tour titled 'The Boarding Das' was the biggest world tour ever by an Indian comedian.

The multi-talented actor-writer-musician and stand up comedian Vir Das has made India proud and put it on global map not just once or twice but 8 times in his career. Apart from stand-up comedy, Vir is also known for acting in films like 'Delhi Belly', 'Go Goa Gone', 'Shaadi Ke Side Effects', 'Badmash Company' among many others.

Vir has never spoken much about his achievements, but as he celebrates his 40th birthday on 31st May, let us have a look into his achievements that made him an international artist

Vir Das was awarded an honorary doctorate at Knox College, Illinois in 2018. Very few Indian artists have been honoured with such a meritorious degree from a major educational institution internationally. In fact, this makes him the first Indian comedian and actor with a doctorate degree.

Today was a special day! I went back to Knox College after 16 years to be their commencement speaker. Back to a place where I was taught to question everything and a wonderful faculty changed my life and make me discover the stage. Also I got an honorary doctorate 🙂 so it's Dr. Das for a few days I guess. I'll post the speech for you really soon!

Vir made history by becoming the first Indian ever to be signed by Netflix for a comedy special called 'Abroad Understanding'. This comedy special was filmed in New York and New Delhi and was streamed on Netflix across the globe in over 100 countries. The show brought an American style of comedy to topics rooted in contemporary Indian culture. 'Abroad Understanding' became one of the most talked about and successful shows on Netflix. His last special too, 'Losing It' was well received globally.

I ever tell you my mother read the news? For Doordarshan, our home network! In other news, #LosingIT is now on Netflix!

He made history by becoming the first ever comedian to go on a world tour, spanning across 32 countries and 6 continents in 2017. The tour titled 'The Boarding Das' was the biggest world tour ever by an Indian comedian.

I like this photo. But I’m not telling you why. #lovedtour

Vir has been signed on by two of the biggest talent and management companies in the world - Levity, and CAA.  Levity is known to manage the best talents there are in the comedy business including Amy Schumer, Kevin Hart, and several others. Vir became the second Indian after Bollywood actress Priyanka Chopra after being officially represented by them.

In 2017, Variety Magazine listed Vir in their coveted list of most sought after comedians across the world and pronounced him as one of the top 10 comedians.

From the standup spot to the couch, the team at @teamcoco have always been wonderful and supportive! So went back to say thank you 🙏🏻🙂 Here’s me telling Conan about me getting shot.

Vir Das is the most influential comedian on social media today in India, with over 10 million followers across all his social media platforms and also is an inspiration to many budding Indian comedians. In fact, many of the stand-up comedians started their career with Vir, opening for him and collaborating him on various platforms.

Vir is also a founder of India's only comedy consultancy - Weirdass Comedy which develops scripts has its own comedy festival, produces shows, etc.

Tonight is our second to last episode of #Whiskeycavalier before an insane finale next week. Watch, tweet into mindblowing infinity, and always remember.....sometimes....Indians can wear cool suits and kill people too 🙂 #whiskeywednesday

He was also signed on by ABC for a new hour-long weekly dramedy series, 'Whiskey Cavalier' which is produced by Warner Brothers. The show premiered on 27th February, this year.