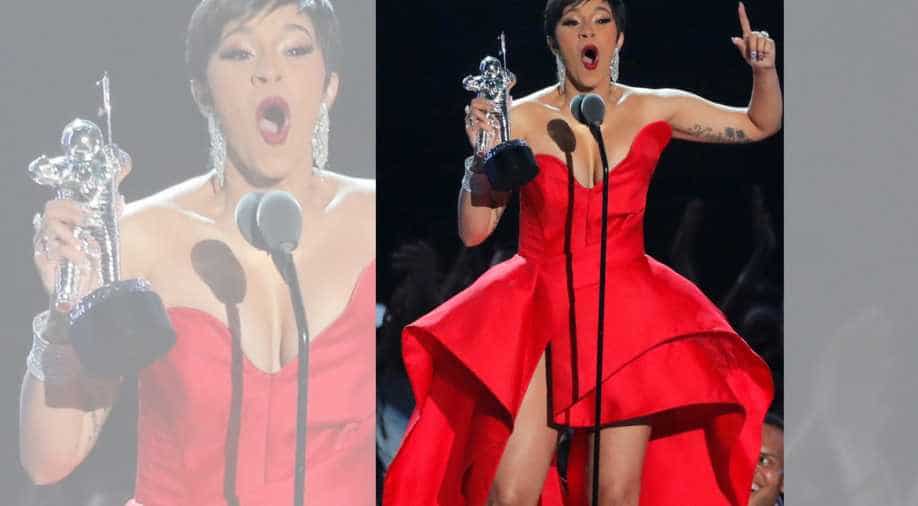 In addition to ranting about the shutdown, Cardi also slammed US President Donald Trump for forcing some federal employees to return to work without being paid.

She is known to speak her mind always and now Cardi B has opened up about the ongoing government shutdown in the US. Reacting to the partial government shutdown that has left thousands of people without pay for weeks, the 26-year-old rapper shared her thoughts regarding the whole situation in a video on her Instagram account.

In addition to ranting about the shutdown, Cardi also slammed US President Donald Trump for forcing some federal employees to return to work without being paid. "Trump is now ordering federal workers to go back to work without getting paid," said Cardi, who defended Obama`s shutdown in 2013, stating that it was "for healthcare."

In her signature delivery, she argued, "So your grandma could check her blood pressure and y`all bitches could go check y`all pu**y at the gynaecologist.'' To conclude her rant, Cardi stressed the seriousness of the situation, noting that many of her fans may not care about the shutdown but they should. "Now I know a lot of y`all don`t care because y`all don`t work for the government or y`all probably don`t even have a job but this s- is really f- serious, bro. This s- is crazy. Our country is in a hell hole right now all for a f- wall and we really need to take this seriously," she said.

"I feel like we need to take some action. I don`t know what type of action, b-, cause this is not what I do, but b- I`m scared," she concluded. She captioned the video as, "I know a lot of ya do r watch the news so I`m letting ya know shit getting real .....I ain`t going to say nothing much tho I don`t want mofos to off me.....ANYWAYS TWERK VIDEO OUT NOW."

I know a lot of ya do r watch the news so I’m letting ya know shit getting real .....I ain’t going to say nothing much tho I don’t want mofos to off me.....ANYWAYS TWERK VIDEO OUT NOW

This is not the first time that Cardi has spoken her mind. In March, the `Bodak Yellow` rapper posted another rant questioning where her tax dollars were going, reported People. The government closed on December 22, 2018, in the wake of Trump`s call for funding for a proposed billion-dollar southern border wall.

Trump claimed that he needs the wall to stem a "crisis" of drugs, violence and human trafficking. However, Congressional Democrats, empowered by the midterms, have rejected that, stating a wall is ineffective and offering to negotiate about border security once the government reopens. The ongoing government shutdown is the longest in the history of the US.