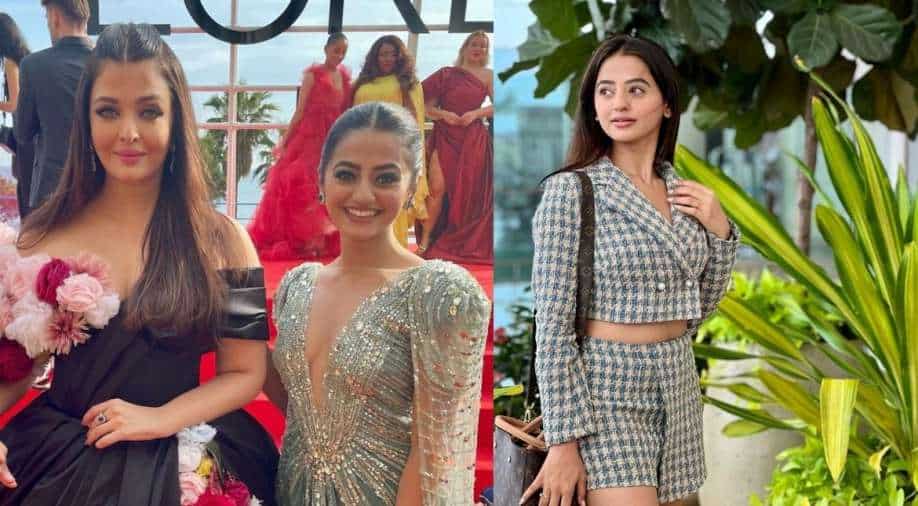 Helly Shah's debut at the Cannes this year comes as her upcoming film 'Kaya Palat' poster is slated to be unveiled at the ongoing festival.

Cannes Film Festival 2022 marked the splendid debut of Indian television actress Helly Shah, where she got a chance to meet Aishwarya Rai Bachchan and her beautiful daughter Aaradhaya Bachchan. She recently shared a post featuring Aishwarya and called it a ‘Fangirl moment’.

Expressing the joy of meeting Miss World, the young star shared the red carpet appearance with Mrs Bachchan. On Friday, Helly shared pictures on her Instagram handle and wrote, “Had a fan girl moment at Cannes. Got to meet the evergreen beauty Aishwarya Rai Bachchan.”

Helly's debut at the Cannes this year comes as her upcoming film 'Kaya Palat' poster is slated to be unveiled at the ongoing festival, where she got the chance to meet Aishwarya who is also present at the festival representing L'Oreal.

In the first picture, both stars can be seen posing for a photograph after they walked the Cannes red carpet on Wednesday. Aishwarya had donned a black ball gown with flowers on it while Helly wore a grey-green gown with a matching cape. In another photo from an after-party scene in Cannes, Helly was seen posing with the Bollywood star and also interacting with her daughter, Aaradhaya Bachchan. For the party, Helly wore an ivory outfit while Aishwarya went for a shimmery pink dress with a jacket. Aaradhya was seen wearing a red colour dress with a matching headband.

Soon Helly’s fans and friends from the industry flooded the comment section with congratulatory messages.

Helly Shah is a popular face amongst the people. She is known for hit Indian tv serials like ‘Swaragini’, ‘Devanshi’, and ‘Sufiyana Pyaar Mera’. Shah had also made an appearance in a web series named 'Ishq Mein Marjawan 2'. Apart from acting, the actress has been a part of reality shows like 'Jhalak Dikhhla Jaa'. She will be next seen in the film 'Kaya Palat' alongside writer, producer and actor of the film Rahat Kazmi and Tariq Khan.