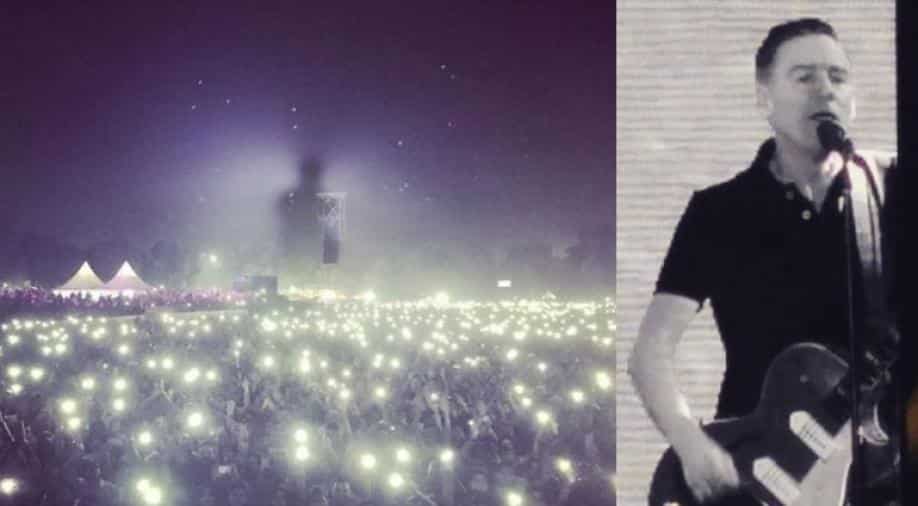 He came, performed and left an indelible impact on fans as always. And while people crooned along with Canadian singer Bryan Adams as he performed for his Delhi audience on Sunday evening, it is the infamous smog that was at the centre of focus post his show.

Adams, who is also a renowned photographer, shared an image of the Delhi audience post-show. And while that image shows the massive crowd that had gathered to watch their favourite rockstar, it also had a silhouette of Adams in it thanks to the smog that has enveloped the capital at present.

Adams took to Instagram to share the image and wrote, "New Delhi, India 🇮🇳 you we’re incredible tonight. In this photo, if you look carefully you can see my shadow silhouetted in the dust and smoke of the venue over the audience. I’ve never seen that before. Magical India. Namaste."

New Delhi, India 🇮🇳 you we’re incredible tonight. In this photo, if you look carefully you can see my shadow silhouetted in the dust and smoke of the venue over the audience. I’ve never seen that before. Magical India. Namaste 🙏🏻 #bryanadamsultimate

Fans were quick to point out that what Adams saw as ‘magical India’ was actually Delhi’s smog.  According to the World Health Organisation,  the city is one of the worst places in the world for air pollution. At present, the air quality in Delhi-NCR is “very poor” with the government bringing in the emergency Graded Response Action Plan (GRAP).

The event took place at Leisure Valley in Gurgaon which is part of Delhi NCR.  The venue is an open space with minimal green cover and mostly used for concerts. The sheer number of people at Adams' concert on a dusty terrain created a haze of sort during the concert.

Bollywood singer Harshdeep Kaur opened the concert. Dressed in  a blue t shirt and blue jeans, the veteran singer came on stage and said, "Hello Delhi, my name is Bryan."

"We have been coming here (to India) since 1994. It’s taken long and I’ve always asked our promoters, ‘where is my Delhi show’?” He went on to say, “I have all kinds of songs for you tonight, old ones, a few new ones, I’m not sure how much time you have but we have a long show ahead! Tonight we have the biggest party in India.”

As part of the Ultimate Bryan Adams India Tour Bryan performed in in Ahmedabad, Hyderabad, Mumbai and Bengaluru before coming to Delhi where he played some of his blockbuster hits like 'Summer Of 69', 'Here I Am', 'Everything I do, I do it for you' and 'Cloud Number 9' among others.