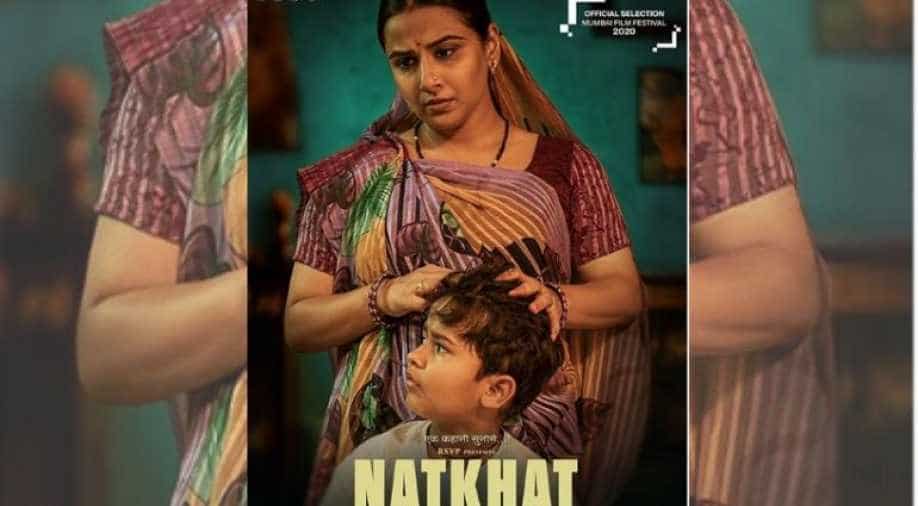 The Indian short film is based on a story of gender equality.

Vidya Balan starrer ‘Natkhat’ has made it to the Oscars 2021 race.

The Indian short film is based on a story of gender equality.

Currently, a short clip of the movie scene is making rounds on social media in which Vidya Balan is seen massaging her child's head and having a conversation with him, what seems to start as an innocent conversation soon becomes a gut-wrenching and worrying one.

Helmed by Shaan Vyas and written by Annukampa Harsh and Vyas, the movie was premiered on YouTube as part of the 'We Are One: A Global Film Festival'. The Ronnie Screwvala produced film came out on June 2, 2020.

In a statement earlier,

In an announcement, Vidya had said, "In a year that has been turbulent, it feels great to win the first award for our film that leads the way directly to Oscar qualification. This film is incredibly close to me since it gave me a chance to play the dual roles of actor and producer.”

"Even in these times, creativity and content have found ways to thrive and travel. Through innovation and technology international festivals and platforms have continued to advance and bridge the gaps in new and disruptive ways. We are thrilled to have won the festival and are eligible for Oscar 2021 qualification. Onward, together Vidya and I hope to bring home an Oscar," co-producer Ronnie Screwvala had added.