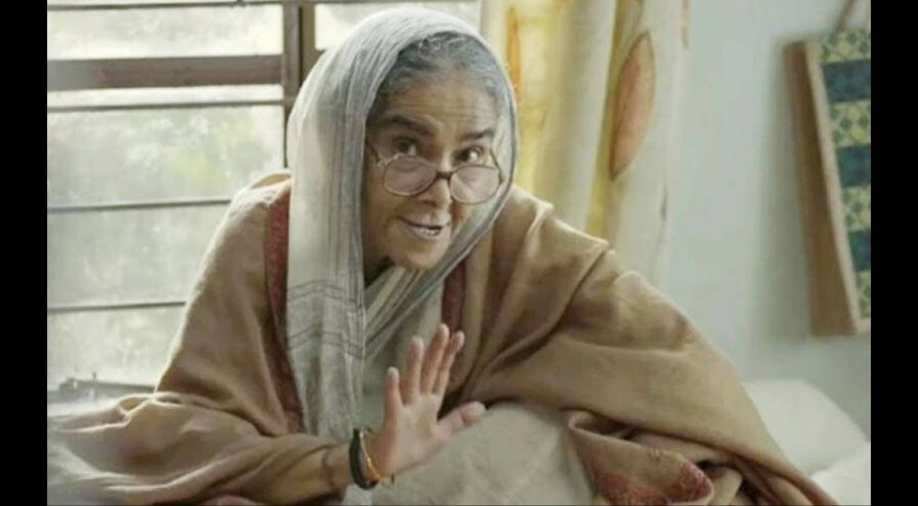 Surekha Sikri in a still from 'Badhaai Ho' Photograph:( Twitter )

Veteran Bollywood actress Surekha Sikri has died at the age of 75 after suffering a cardiac arrest, her manager confirmed.

She had been unwell for several months, and had suffered a brain stroke in 2020.

“Three-time national award winning actress, Surekha Sikri has passed away following a cardiac arrest earlier this morning at the age of 75. She had been suffering from complications arising from a second brain stroke. She was surrounded by family and her caregivers. The family asks for privacy at this time,” her manager said in a statement.

She was last seen in director Zoya Akhtar's short film in the Netflix anthology ‘Ghost Stories’.

In 2020, she was admitted to hospital after suffering a brain stroke. It was reported at the time that she was also going through a tough time financially, which she later denied.

“That was incorrectly put out in the press. Surekhaji has her own finances and the family, including her son, is by her side. There is no need for financial assistance for now. Many of her well-wishers, colleagues and filmmakers were kind enough to offer financial assistance. They have been informed that the family is taking care of everything and giving her the best possible treatment. We would like to acknowledge everyone who reached out to us," her manager had told a Mumbai-based tabloid at the time.

Surekha Sikri was a film, television and theatre personality who made her debut in 1978, with the film 'Kissa Kursi Ka'.

She became a household name for her performance in the primtetime soap opera 'Balika Vadhu'.

Her performance in the Ayushmann Khurrana-starrer 'Badhaai Ho' earned her rave reviews and was also touted to be her big Bollywood comeback.