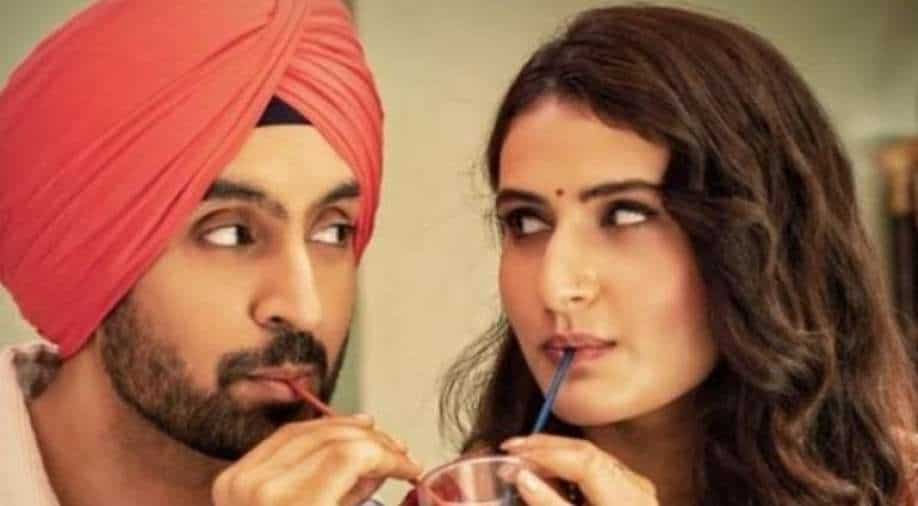 Watch 'Suraj Pe Mangal Bhari' if you want to see Diljit Dosanjh hold his ground strongest in an actor-driven, satirical-comedy or if you are a lover of the genre and don’t mind a passable flick. Otherwise, the film doesn’t offer anything exquisite or unique. It’s a promise half-fulfilled.

Comedy is one of the most diverse yet undefined genres in Hindi film industry, thus filmmakers find their tweaks in order to keep the genre alive and the film standing tall, in an overcrowded arena. ‘Suraj Pe Mangal Bhaari’’, tries hard to stay unique but falls short owing to a few unimaginative, or regular tropes of good-guy behaviour in a satirical world. The film also lacks commentary.

Set in the 90s, the film is the story of Suraj Singh Dhillon, a good Punjabi boy born and brought up in Mumbai with a thriving milk business. His path crosses with Madhu Mangal Rane and there begins a tom-and-jerry chase of revenge and one-upmanship between the twp, where families get involved and things go on a roller-coaster ride. On paper, this Abhishek Sharma directorial is interesting and witty, however, the execution is not at par. The film could’ve been made crisper by cutting off a few minutes here and there, and by letting go a few one-liners that don’t actually pack any punch.

The film’s biggest strength is its cast. Diljit Dosanjh is the star of the film in every sense possible. The singer turned actor has a screen presence and comic timing that might remind you of Kishore Kumar in films like ‘Chalti Ka Naam Gadi’ and ‘Do Dooni Chaar’. He is effortless on screen and probably the show-stopper in a film laced with seasoned actors like Manoj Bajpayee, Supriya Pilgaounkar, Vijay Raaz, Manoj and Seema Pahwa. In scenes between him and Bajpayee, Dosanj takes away the spotlight with his freshness and innocence. Bajpayee delivers what is expected of him, but appears a bit tired and worn-out in certain scenes. Fatima Sana Sheikh’s Tulsi Rane deserved more meat than what was offered. She is a lost cause in the tug-of-ego between her brother and her lover. For a talent like Sheikh, we expect better than just a half-hearted attempt to portray an ambitious woman looking to become Mumbai's first female DJ.

The film does not have any larger issue in hand. It is paced fine and keeps you invested with the characters and their emotions. There’s certain nostalgia of the 90s, that’s refreshing. However these are the points that draw this film back as well because you see on screen the potential of something great, but that greatness is never achieved, making you feel a bit disappointed in the end. What could have been a great comic ride, turns into a passable pop-corn muncher. Nothing bad, but nothing great either. The film in all likelihood falls in a forgetful pit like numerous other romantic-comedies.

‘Suraj Pe Mangal Bhari’ could’ve been another rib-tickler with a bit of strong writing and even stronger editing. However, giving credit where it's due, Diljit Dosanjh deserves more films like this to show the world of cinema that what an asset he could be, only if we know how to retain him with entertaining stories because this Punjabi singer knows his worth pretty well and filmmakers have to pull up their socks to fully tap into the potential that he carries.

Overall, watch this film if you want to see Diljit hold his ground strongest in an actor-driven, satirical-comedy or if you are a lover of the genre and don’t mind a passable flick. Otherwise, 'Suraj Pe Mangal Bhari' doesn’t offer anything exquisite or unique. It’s a promise half-fulfilled.