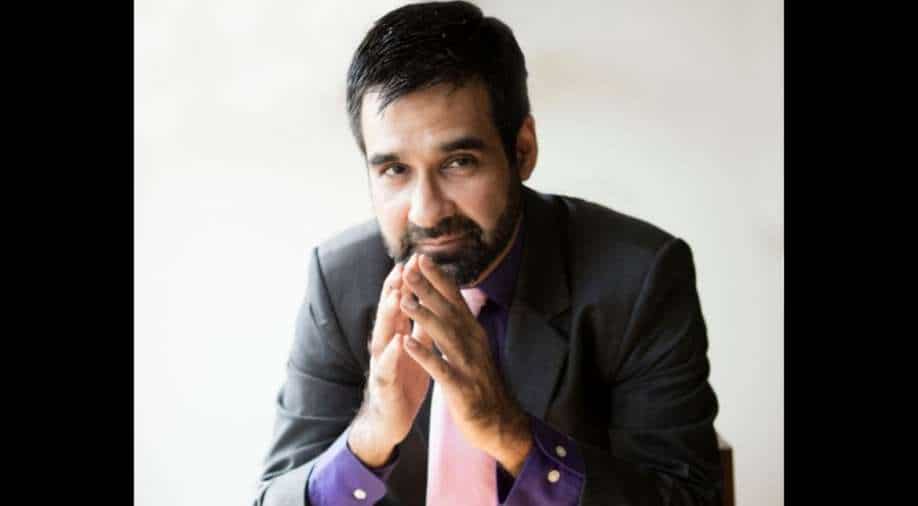 ‘Sunflower’, a crime-thriller comedy premiered on Zee5 on June 11 as it follows the story a residential complex and its people that promise to be modern and liberal in their approach but are far from that. Things get topsy turvy when one morning a member of the complex gets murdered and police suspect neighbours to have a hand at this. A cat and mouse chase and nervous laughs on the way, the show is led by standup comic/actor Sunil Grover with important roles played by Ranvir Shorey, Girish Kulkarni, Mukul Chadda, Shonali Nagrani, Sonal Jha and Ashish Vidyarthi.

With the show getting appreciated by critics and fans alike, we had a sit-down with actor Mukul Chadda of the show. In conversation with WION, Mukul spoke about ‘Sunflower’ and his upcoming projects.

Playing the role of a teacher in the show, Mukul happens to be the immediate neighbour to the murdered victim that police are probing. He also thus turns out to be a prime suspect for the murder. “I think the phrase crime comedy fits the description of the show. It’s set in a housing society in Mumbai and there’s been a murder. Then you have all these quirky characters in the housing society which normally is the case and how they react to one another, how they react to the fact that there has been a murder in their presence and how they react to the investigation."

“My character’s name is Dr. Ahuja and he is one of the residents of the society. He is a short tempered guy which is great for me because I have never played such a character before. It's very different from what I am in real life. He picks fights with his neighbours over petty issues and that was hilarious to play.”

On balancing seriousness and playfulness while dealing with such a tense subject as murder, Mukul said, “It is a fantastic balance to get it right where the audience is at the edge of their seat and they are laughing away to glory. It's great to have tension built up in a moment and to break it with laughter."

Sunil is the lead of the show. The show revolves a lot around his character Sonu but the show has an ensemble cast. Ranvir Shorey plays an inspector, Girish Kulkarni plays a sub-inspector and then there’s Ashish Vidyarthi. On his equation with the co-stars, Mukul said, “I met Sunil the first time when we went for the first set of readings and rehearsals and I got along with him very well. He is an extremely sweet person. In fact I remember I went for rehearsal one day and he and Ranvir were leading a scene and then I was to do some scenes with Ranvir after that so I was there early and I joined the rehearsal. Because the script is so good and I think they needed a 3rd character so I jumped into their scene and I thought I'll play that part. It was not my character. I think it was Girish’s character but I jumped in because it was just so much fun. I regret not having many scenes with him though. Maybe that happens in season 2 that I get more scenes to do with Sunil and Girish Kulkarni.”

Mukul has no knowledge of season 2 of ‘Sunflower’. When asked he quickly replied, “I have no idea. I have absolutely no information. It's just me being greedy and hoping for Season 2.”

Mukul Chadda also has a film in the lineup, ‘Sherni’ with Vidya Balan. “I can’t reveal much but Vidya plays a forest officer and the film revolves around her character. I think it explores a lot of issues but that's how Amit’s films are at some level. He takes an issue and he looks at all the surrounding issues around it. So, it explores the issues of wildlife, wildlife conservation, man-beast relationship like how the combination of wildlife affects the lives of people around it and all those related issues in a very real story of how a forest officer is going through an issue. It's a very interesting film. It's a very different kind of story telling I would say in the sense that it's a very odd thing to say without giving you more meat but I don't know how to even describe it to be honest,” divulged Mukul.

Trying to be elusive about the film’s details yet explaining, Mukul added, “There are usually some standard story tropes like the 7 story types but I dont think this fits into one of them. It's a very different storytelling style. Everyone said that Newton fits into that zone of being a different storytelling type because it didn't fit into the generic storytelling type. So, that's probably Amit’s style and I am not saying this is like Newton but I am just saying they both are similar in terms of they both don’t confine to a standard storytelling trope and that's refreshing about his work. Amit also is a great guy to work with. I do recall when I met him first, I straightaway felt that I wanted to do that role because I’ve seen his other work and then on meeting him he was just so calming in the way he was describing and honest about it that I felt drawn to the project.”

Talking about Vidya Balan, Mukul said, “She’s wonderful to work with. She’s professional and very committed to her work. When you are working on a scene with her I would forget that she’s a big star and just co-actors in the scene trying to help the scene get better.”

‘Sherni’ was shot on the border of Maharashtra and Madhya Pradesh. “It was a place called Balaghat which is where I shot my scenes. I am sure the other scenes must have been shot in the adjoining areas or other places as well.”

Mukul Chadda was an investment banker in New York before he left it all and returned to India to pursue his passion for acting. Now many projects later, Mukul doesn’t regret moving back to India. “There are many regrets of how I would have done something differently but not for a moment do I regret the decision to quit my job and move back to India. That sometimes is relieving because you know at least this decision is the right one,” said the actor who came from a non-filmy background and has sunk his teeth deep within Indian entertainment industry.

Mukul likes all kinds of genres of films and TV and wants to experiment with it all. “When I get a new script to read or a new part to play, I am always looking at how this is different from what I have done before and if I can extend my range and do something I haven't done before."