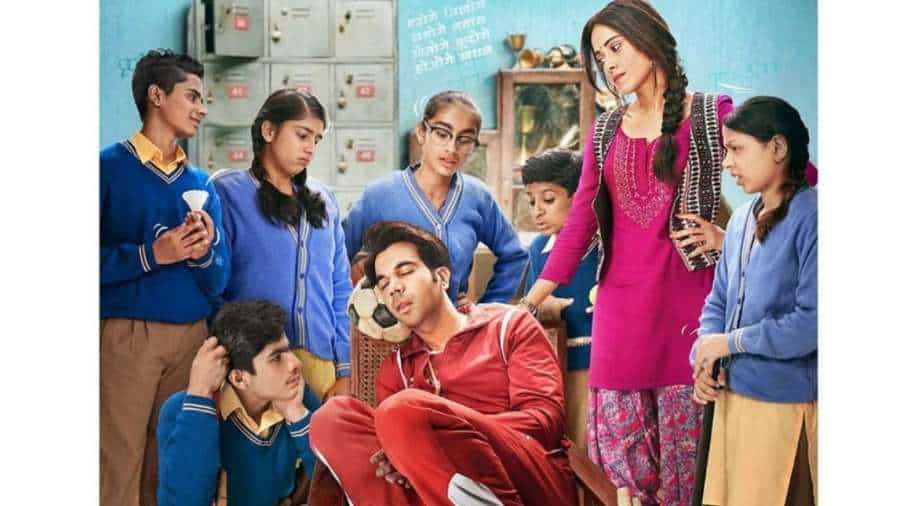 This might be Hansal Mehta-Rajkummar Rao’s weakest film together but it’s a family entertainer perfect for the long Indian holiday weekend binge.

In what could have been a seen-before situation, Rajkummar Rao proves his mettle as an actor in Hansal Mehta’s ‘Chhalaang’ that released today on November 13 on Amazon Prime. With two hours and plus of running time, ‘Chhalaang’ that means taking a leap when loosely translated in English does just that with the help of Hansal Mehta’s direction, engaging script and serious effort by the cast.

Featuring Rajkummar Rao as Montu (aka Mahinder Hooda), Nushrat Bharucha as Neelima and Mohammed Zeeshan Ayyub as I.M. Singh, the film is not a generic love triangle but one that teaches you to move past hurdles that you think limit you. The three play teachers in a school based in Haryana, Rajkummar and Zeeshan as PTI teachers and Neelima as one who teaches computer science. Montu is a laidback local guy whose father gets him a job that he is not passionate towards, makes extra money helping the principal of the school with her personal work (played by Ila Arun) and is friends with senior teacher Shukla played by Saurabh Shukla. He goes to school, goes about his mundane schedule and chills with Shukla every evening at the terrace of their house with some booze.

Things pick up when Neelima joins the same school and he starts pursuing her, albeit in a less stalker more lover manner. But it gets even better when the principal brings in a competition -- Zeeshan aka Singh who is a qualified PTI teacher and manages to even woo Neelima with his charm.

The film’s second half is about a competition -- a classic who wins the competition wins the girl kind-of-a-challenge.

The film has quirky dialogues and a script that stands tall with the performances. The supporting cast including Saurabh Shukla, Satish Kaushik (Montu’s father), Ila Arun all carry the film forward. This might be Hansal Mehta-Rajkummar Rao’s weakest film together but it’s a family entertainer perfect for the long Indian holiday weekend binge.

'Laxmii' to 'Chhalaang': OTT festive treats you can watch this Diwali weekend