'I need to breathe': Sooraj Pancholi bids adieu to Instagram after severe criticism 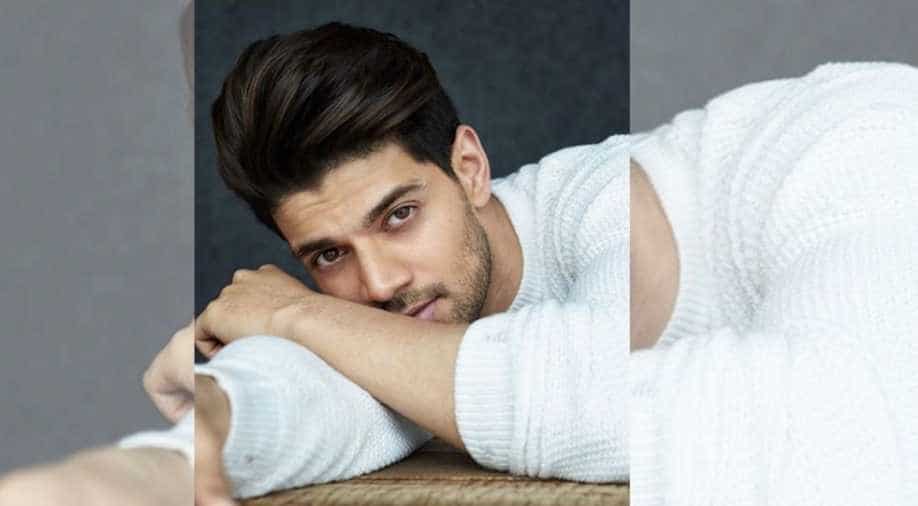 Sooraj Pancholi has denied all connections in Sushant Singh Rajput death case and has also filed a complaint with the Mumbai Police, alleging harassment due to unsubstantiated reports.

Sushant Singh Rajput's untimely demise had re-ignited the nepotism debate on social media and several Bollywood celebrities, filmmakers, the star kids have over the past few months decided to quit social media accounts, to stay away from negativity and toxicity after being subjected to severe criticism.

Now adding to the list, Sooraj Pancholi announced his leave from Instagram. The actor's name is, again and again, being linked to the deaths of the late actor and his ex-manager, Disha Salian. Sooraj has denied all the connections to the cases and also filed a complaint in the Mumbai Police, alleging harassment due to unsubstantiated reports connecting him to Disha and Sushant deaths. 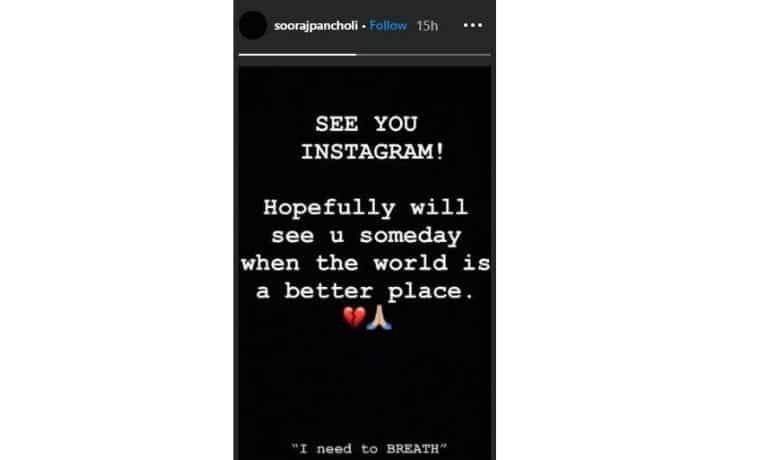 On Friday, the 'Hero' actor deleted all his Instagram post except one that he had posted on his birthday in November 2018.  ''See you Instagram! Hopefully will see you someday when the world is a better place. I need to breathe #Suffocated,'' he wrote on his Instagram stories.

Today I complete 28 years of my life. I want to take up this moment to share a few thoughts that have been in my heart for a while. I wanted to wait to speak out until the case ended, but it’s taken longer than expected. I don’t know where to start from. It is difficult to express some feelings when so many people, so many emotions are involved. First, I want to thank those who have stood by me like a pillar of strength. It has been a long journey that started when I was still trying to understand life. I have been fighting the case in court for the last 6 years, with patience and respect, waiting for the trial to be completed. In this process I have been called a murderer, a criminal, an abuser and so much worse. I read these things about me almost every single day. And my heartfelt effort has always been to be strong, respectful and ignore it. But they still fill my and my loved ones’ heart with so much sadness. I don’t blame the people who call me names, because that’s how i have been portrayed in public, but i’m not the monster that has been portrayed in headlines. I know how easy it is to think the worst of someone and accuse them but it is exceptionally hard to prove myself innocent as there’s a procedure that we need to follow. A procedure that has taken long enough that i have been made to feel guilty without even being given a fair chance to prove my innocence. There have been accusations and assumptions but there has been no validation. But, this is not about what others say. This is about how I feel. For as long as I can remember, my dream has always been to make my parents proud. I have always tried to be a good son to them. In the last 6 years, I’ve tried harder everyday to achieve this dream and to be positive. So today, I am praying with my heart that our family can move forward, that the trial can come to a fair end and that I can give back all the love, support and strength I have received from so many of you. Thank you to all of you who constantly send positivity my way. You may not know it, but every single one of your prayers has helped.

Meanwhile, Sooraj also asked for CBI probe in the Sushant's case: "I pray and hope that Sushant's family get the closure they need! They deserve a proper CBI investigation, It has been a long battle for them already! They need to know what happened, and the World needs to know too! #CBIForSSR".