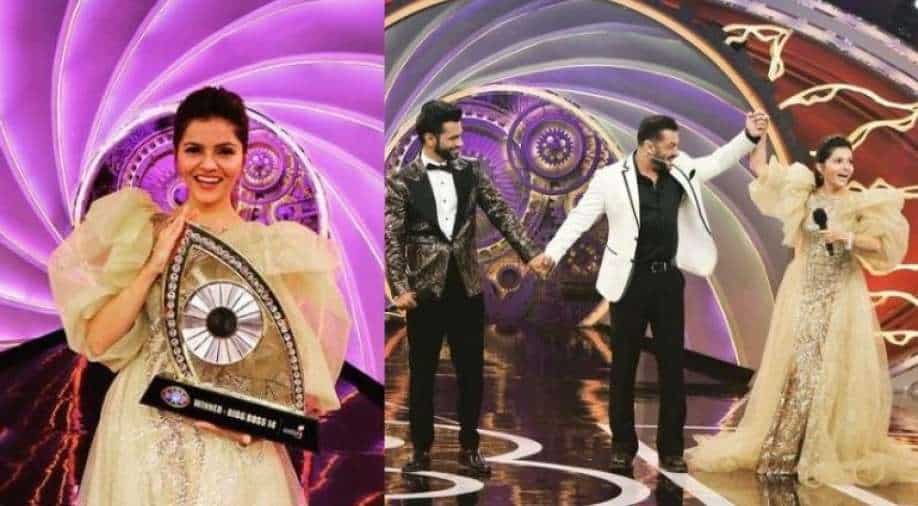 Rubina came into the reality show with a huge fan base she had earlier garnered with her roles in shows such as Shakti: Astitva Ke Ehsaas Ki and Chotti Bahu, and she took home the Bigg Boss trophy plus Rs 36 lakh. Rahul Vaidya was the runner-up and Nikki Tamboli ended up being the third favourite of the season.

Rakhi, who entered the show as a challenger in the middle of the season and created some fireworks in the later episodes, was admired for her dose of entertainment in the show. She chose to walk out by taking a briefcase with Rs 14 lakh in the final.

After walking out, Rakhi said on the stage: "I am very happy with this. I will pay for my mother`s hospital bills with this (money). Initially, I did not want to take it but Vindu Dara Singh said that you will not win because everyone here is very big."

The top five contestants were also seen performing before Rubina was declared the winner post-live-voting.

The next season of the show is expected to begin in early September this year and host Salman announced that auditions will open soon without giving any more details about the format.