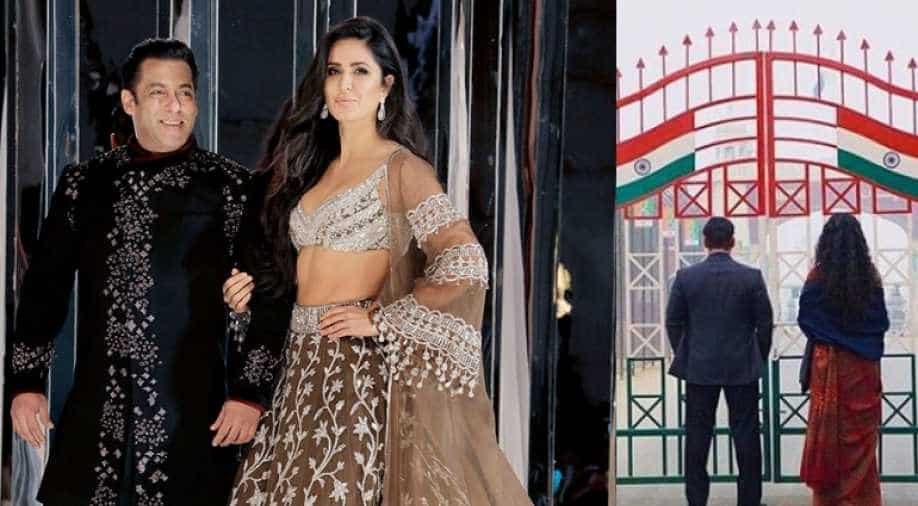 'Bharat' spans over seven decades and is being helmed by Ali Abbas Zafar. Photograph:( Instagram )

On Thursday, Khan teased fans with a still from the film which features him and Katrina Kaif at the Wagah border.

Salman Khan's ambitious 'Bharat' has already wrapped up a schedule in Abu Dhabi. The film which is being helmed by Ali Abbas Zafar, is a period saga which will age Salman's character from a young boy to an old man. A multi-starrer, 'Bharat' is one of the most anticipated films of 2019.

On Thursday, Khan teased fans with a still from the film which features him and Katrina Kaif at the Wagah border. Both Kaif and Khan have their back towards the camera as they look towards Pakistan.

While Khan is dressed in a suit, Kaif is dressed in a blue saree and has her hair open. From the looks of it - the two actors appear to be dressed according to a particular period.

Earlier, a report in DNA stated that the film's producer, Atul Agnihotri, decided to recreate the Wagah border in Ludhiana instead of shooting in actual location in Amritsar.

"Producer Atul Agnihotri and Ali have envisioned the film in a certain way and they are making sure it looks like a visual extravaganza. They have recreated the Wagah border in Ludhiana where Salman and Katrina will be shooting for the next eight days," a source was quoted as saying to DNA.
'Bharat' also features Tabu, Disha Patani, Sunil Grover and Nora Fatehi.