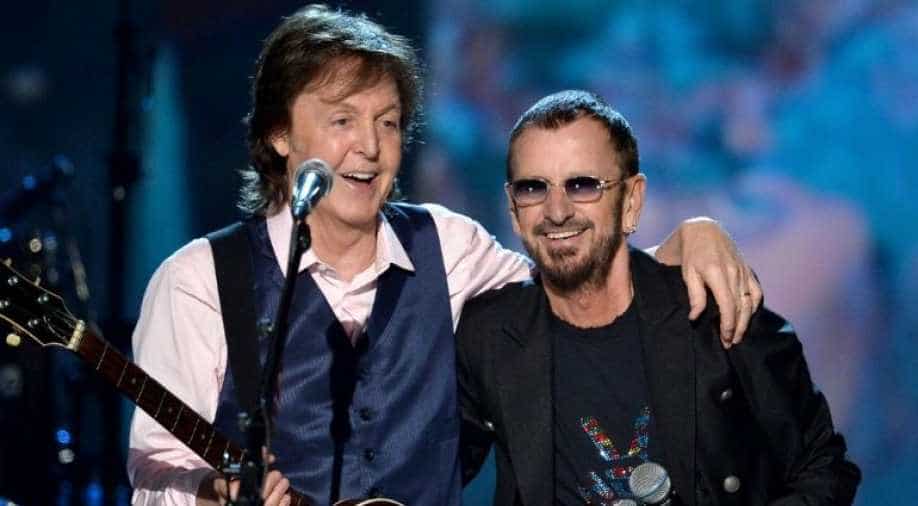 Paul McCartney and Ringo Starr reunited onstage at Dodger Stadium on Saturday in Los Angeles as Starr joined McCartney for a few songs near the end of his concert.

Starr joined McCartney for a few songs near the end of his concert. He played the drums for two songs, 'Sgt. Pepper's Lonely Hearts Club Band' (Reprise), and 'Helter Skelter'.

Paul and Ringo reunite for Sgt. Pepper’s on the last night of Paul McCartney’s tour!!!! THE BEATLES BABY!!! pic.twitter.com/QGVX75UeMP

There was a big grin on Starr's face throughout the performance.

He then threw his sticks into the audience and grabbed at McCartney's bass as if he were going to throw that into the crowd.

Besides Starr, Joe Walsh of Eagles fame participated in the triple guitar solo on the finale, playing songs like 'The End'.

And then Joe Walsh appeared on stage with Paul McCartney... #paulmccartney #joewalsh pic.twitter.com/lu1kHqRuIl

On the last night of the tour that began in late May in New Orleans, McCartney said, "Farewell to you guys. Farewell to America. Only one thing left to be said: we'll see you next time."