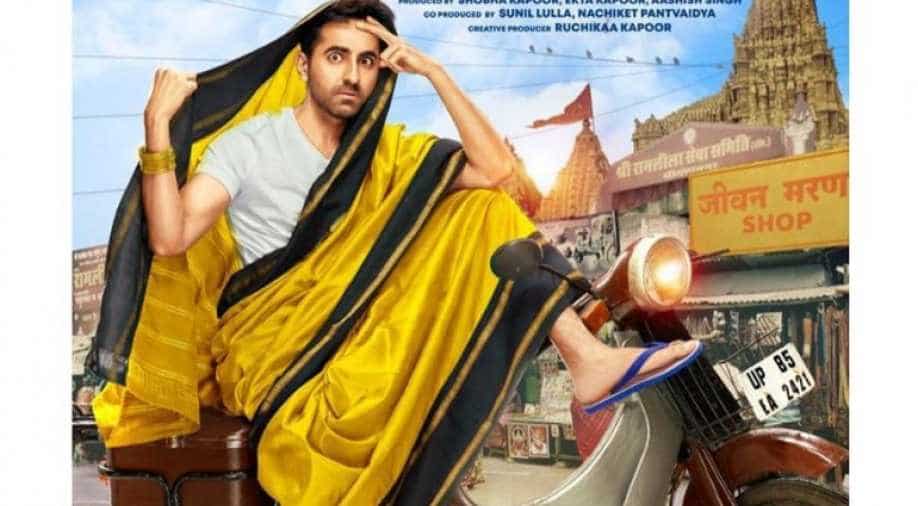 Ayushmann Khurrana in a poster of 'DreamGirl'. Photograph:( Twitter )

‘Dreamgirl’ is being produced by Ekta Kapoor.

Ayushmann Khurrana will next be seen in and as ‘Dreamgirl’. The poster of the film released earlier, making his fans curious as to what kind of a role does the actor play in it.

Attending to all the concerns, Ayushmann revealed details about his role where he clarified that he will be seen cross-dressing. He said, “Dream Girl is really unique, really interesting because I get to wear a saree in the film. It’s about a guy who plays Sita in Ram Leela. Traditionally, in our country we have all seen guys playing Sita, so I’m one of those. He has the unique talent of taking out voices of both male and female. It’s like a full on commercial film.”

The film stars Nushrat Bharucha and Manjot Singh in important roles and is being directed by Raaj Shaandilya.

Speaking about the film recently, Manjot said, “I am thrilled to work with Ayushmann and director Raaj Shaandilyaa. It is one of the funniest scripts I have read in a while and the journey has been super fun.”

‘Dreamgirl’ is being produced by Ekta Kapoor.

We are sure that the film will be a big hit for Ayushmann after ‘Andhadhun’ that came out last year.