'Axone' review: A delicious story of friendship, love and acceptance 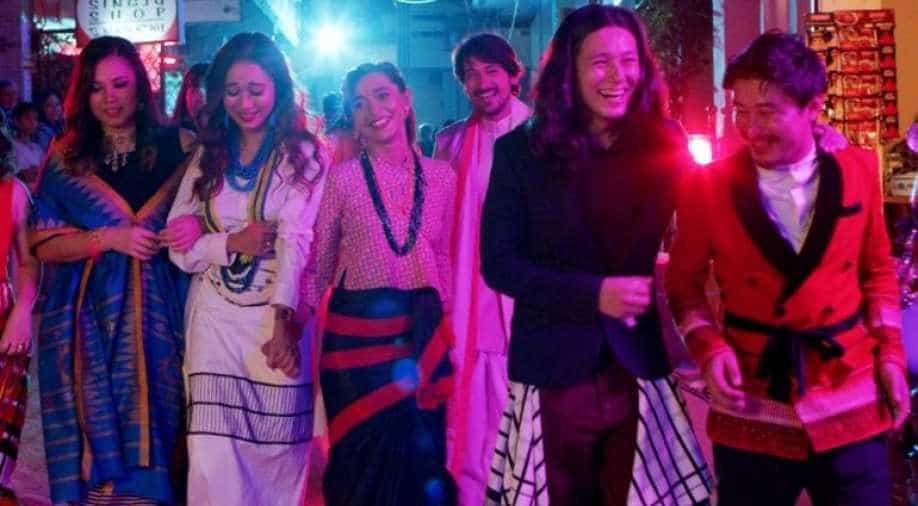 Axone movie review: A delightful slice of life comedy, 'Axone' is the first Hindi film featuring actors from the Northeast.

At the onset, filmmaker Nicholas Kharkongor's film 'Axone' is about a group of friends trying to cook a cherished traditional north-eastern dish as a wedding present for a friend, but Kharkongor's film delves deeper and addresses prejudices that the community faces in any big city of India.

Span over a day in Delhi's Humayupur area- a popular ghetto for northeast immigrants in Delhi- the story is of Upasana(Sayani Gupta) and Chanbi (Lin Laishram) wanting to cook Pork Akhuni or Axone for their roommate Minam who is to get married later at night. 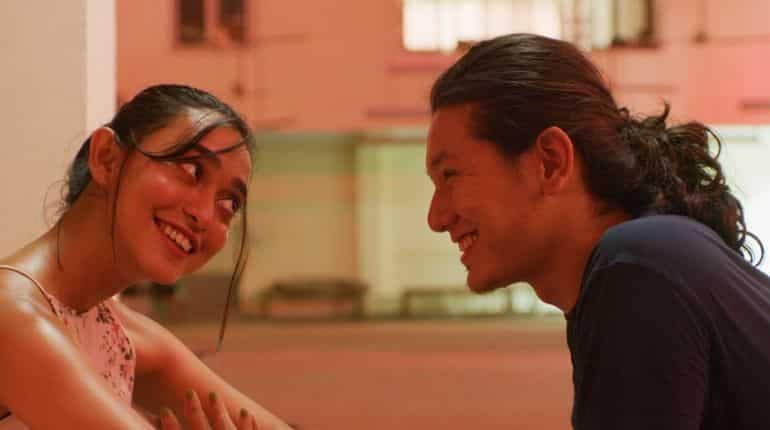 The two girls procure 3 kgs of Pork and Axone paste- which is basically fermented soya bean paste at the crack of dawn. The challenge though is to cook the dish at their home with neighbours and landlords (Dolly Ahluwalia and Vinay Pathak) around. The paste has a pungent smell and cooking it will raise alarm and objection from everyone around.

The North-Eastern states have grossly been misrepresented in Bollywood for years. The only prominent face, Danny Denzongpa has played the quintessential bad guy in many of his popular films. In reality, the community has been called names, is often singled out in cities like Delhi and Bengaluru. In 'Axone' the food serves as a metaphor to how segregated the community feels in cities.

Upasana, Chanbi along with their friend Zorem want to time their cooking in such a way that there are fewer people in the building and hence no objection. But fate has other plans as the group has to keep shifting their party venue and make do with makeshift kitchens to cook the coveted dish.

Amid chaos and confusion, the story deftly highlights the everyday racism, misogyny that these group of friends face from locals- who unable to understand them and accept them are quick to label them.

Shot on actual locations of Delhi, the film shows a very different side of the capital- that has cramped bylanes, narrow alleys, and localities bustling with people, cars, and bikes. It's a Delhi that most living outside would not have seen in films, devoid of the famous monuments. It's a Delhi, where hoards of students from states of the northeast come and inhabit and make it their home year after year.

The film has a few popular mainstream faces like Sayani Gupta, who plays Nepali girl Upasana, Dolly Ahluwalia as the tyrant landlady and Vinay Pathak as her son-in-law. But the rest of the cast comprises of relatively new faces- actors from various states of the northeast which is refreshing to see in a Hinglish film. You may recall Tenzin Dalha who plays Zorem from Netflix film 'Guilty' and Lin Laishram from 'Mary Kom'. 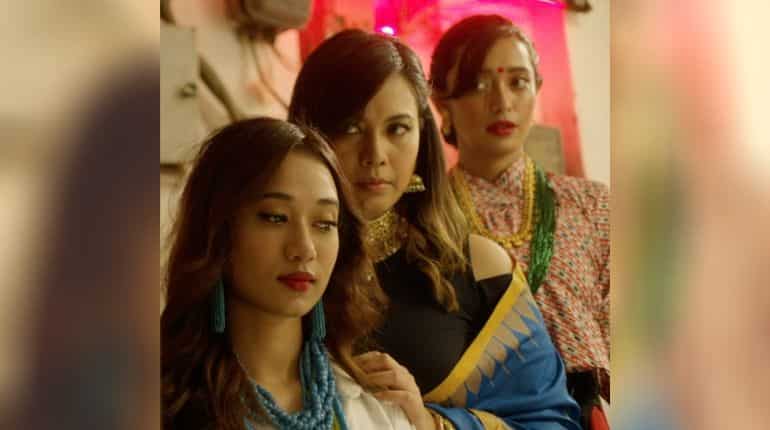 The beauty of 'Axone' is that it never gets preachy and shows how society is without taking any sides. If there are prejudiced north Indian neighbors in the colony making life difficult for the friends, there is also an over-friendly, over-enthusiastic Shiv (Rohan Joshi), the landlord's grandson who is more than willing to help them out just to be a part of the gang. It quietly highlights the fact that often the people from the north-east are unwilling to interact with anyone else outside their community- they too segregate in terms of country and region (A Nepali is not welcomed initially). In a poignant scene near the climax, Chanbi can be seen telling her boyfriend that not all are bad, and that how he has never made an effort to interact with anyone outside his community.

Pitched as the first Hindi film about the north-east community- the film beautifully handles issues as serious as racism in a slice of life comedy. At 1 hour 40 minutes, the film has so much to offer. Lessons on love, acceptance, friendship and gives you a sneak peek into the lives of the people who are often left on the sideline in mainstream Bollywood.
The film is streaming on Netflix. Go and watch it and fill your heart with love and warmth.

Princess Diana musical to debut on Netflix before hitting Broadway