'Avengers: Endgame' and 'The Lion King' may set movie records for Disney this summer 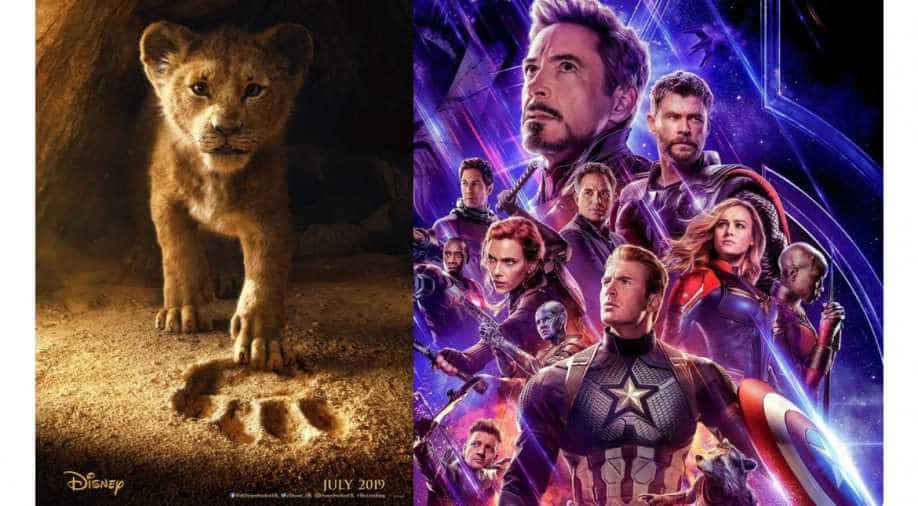 Industry experts say 'Endgame' will likely deliver the biggest opening weekend ever in the United States and Canada, where it opens on Thursday night. Then in July, a new version of Disney hit 'The Lion King' has a shot at dethroning 'Avatar' as the highest-grossing film in Hollywood history, according to box office analysts.

The final chapter in a decade-long superhero saga and the remake of a big-screen classic could topple box-office records, during a summer movie season expected to be dominated by Walt Disney Co.

Industry experts say 'Endgame' will likely deliver the biggest opening weekend ever in the United States and Canada, where it opens on Thursday night.

Then in July, a new version of Disney hit 'The Lion King' has a shot at dethroning 'Avatar' as the highest-grossing film in Hollywood history, according to box office analysts.

Those movies and others are giving theater owners hope for a turnaround, after a sluggish start to 2019. Ticket sales so far are running 16 per cent below last year's bonanza, data from measurement company Comscore showed.

Studios used to reserve their big-budget films for summer, making it Hollywood's most lucrative season, but now spread them throughout the year.

But Disney's lineup is seen as the most formidable. The company's other 2019 releases include 'Toy Story 4,' a remake of 'Aladdin,' 'Frozen 2' and 'Star Wars: The Rise of Skywalker.'

"Disney has probably the strongest film slate in the history of the industry this year," Cowen & Co analyst Doug Creutz said.

The new 'Lion King' tells the well-known story of the plucky cub Simba through computer-generated imagery designed to look like live action. A trailer released at Thanksgiving generated 224.6 million views within 24 hours, a Disney record.

Even so, it will not be easy for the king of the jungle to reach the top of the box office mountain. 'Avatar' grossed $2.8 billion after its 2009 release and is one of only four movies ever to cross $2 billion.

'Lion King' boosters noted the original film hauled in $968.5 million way back in 1994, with lower ticket prices. This time, it will play in a booming Chinese movie market that has grown to the world's second-largest, positioning it to take in far more than the original's $5 million in the country.

Plus, the story of Simba's challenges and triumphs has wide appeal.

"That is a movie that will travel very, very well," said Vue International cinemas CEO Tim Richards. "It has common themes that hit a chord with all of our audiences internationally. It's for all ages."

'Infinity War' holds the current opening weekend record, generating $257.7 million domestically over its first three days. The movie ended with an epic cliffhanger that will lure fans back to theatres in droves for 'Endgame,' said Paul Dergarabedian, senior media analyst at Comscore.

He predicts between $250 million and $275 million for 'Endgame,' which wraps up the story started by Iron Man, Thor and four other Avengers.

"I don't see how anticipation could be any higher," Dergarabedian said. "Audiences have developed an ongoing relationship with these characters and these stories. It's a must-see movie."