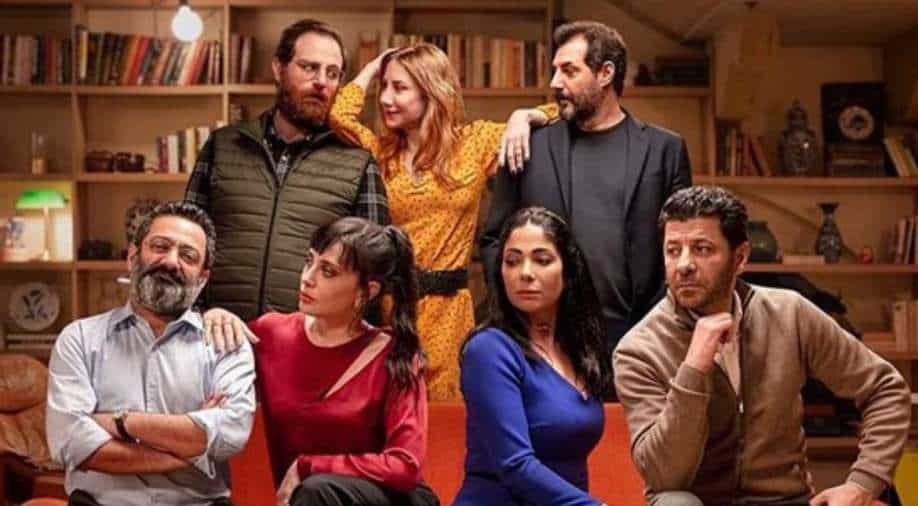 Days after Netflix launched its first Arabic original 'Perfect Strangers', the feature has come faced severe criticism from conservatives across the Middle East.

Days after Netflix launched its first Arabic original 'Perfect Strangers', the feature has come faced severe criticism from conservatives across the Middle East. The movie was released on the OTT platform on January 20.

Reports state that the movie got criticized by an Egyptian politician and accused of, among other things, perversion, promoting homosexuality and infidelity and even being part of a plot to disrupt Arab society.

Interestingly, the film has earned critical acclaim and has even been strongly defended by the artistic community and beyond.

The Arabic remake is the latest in a long line of international remakes of the 2016 Italian hit 'Perfect Strangers' starring Capernaum writer-director Nadine Labaki and Egyptian star Mona Zaki.

It tells the story of a group of friends in Lebanon who one night play a game where they make all the calls and text messages on their phones available to one another, unveiling various secrets and scandals.

The film was expected to start a conversation about important issues and push boundaries. The film features a gay character and also discusses other topics that are considered taboo in Middle East countries. The controversy that has hit the film was unexpected.

On Twitter, the film sparked a barrage of homophobic messages, accused by some of encouraging homosexuality and "moral degradation," and "putting Western ideas in a conservative society."

One user accused the film of being a "crime," adding that not only should it be banned but that everyone involved should face "prosecution."

The Middle East is still conservative in terms of what they view on the big screen. In the recent past, films such as 'Eternals' and 'West Side Story' have been blocked from cinemas across much of the Middle East due to their inclusion of LGBTQ issues.

Since 'Perfect Strangers' was released directly on OTT, it didn't need to go through regional censors and was able to land on Netflix uncut. Much of the anger has originated in Egypt, particularly against Egyptian star Zaki, who in one scene of the film removes her undergarment, although there was no nudity at all.

One Twitter user accused Zaki of being part of an overseas agenda to force social change. Spilling outside of social media, Egyptian lawyer Ayman Mahfouz claimed that the film was a "plot to disrupt Arab society" and that Zaki was the "champion" of it all.

According to reports, Mahfouz, who in 2020 sued the transgender son of Egyptian actor Hesham Selim over an Instagram post he claimed was promoting homosexuality, is now preparing a lawsuit to remove 'Perfect Strangers' from Netflix.

In Egypt, unlike countries in the Gulf, homosexuality isn't officially illegal, although it is regularly cracked down upon in society. But with the fiery backlash has come to a flood of support for the film, with many people praising both the storyline, for raising real-life topics often ignored, and the production itself, while also criticizing the attitudes of those attacking it.

"Arabs losing their minds over a movie that shows cheating spouses, teenagers being teenagers, gay characters; makes me realize that we are not 1% close to discussing topics like civilized beings instead of enclosing ourselves in a hypocritical regressive bubble," said one user.

Arabs losing their minds over a movie that shows cheating spouses, teenagers being teenagers, gay characters; makes me realize that we are not 1% close to discussing topics like civilized beings instead of enclosing ourselves in a hypocritical regressive bubble.#اصحاب_ولا_اعز

I enjoyed every minute of Perfect Strangers. So real, so raw, you feel like you’re sitting with them and can relate to each story whether based on a personal experience with your entourage or what you hear in society. Needless to say that the acting is perfection. #اصحاب_ولا_اعز

A hashtag from supporters that translates as #ImAlsoAPerfectStranger has emerged in support of the film.

A very good movie, extremely entertaining.. it's getting a lot of hate because it's an arabian netflix production or because you're too close minded to accept the topics that the movie discusses actually happen in our society and they aren't a taboo anymore. #اصحاب_ولا_اعز pic.twitter.com/FGpH6c4Bq0

Even Egypt's professional actors' union has issued a statement in solidarity with the cast of 'Perfect Strangers', particularly Mona Zaki, calling for the preservation of "creative freedom" and emphasizing the role of the arts in addressing issues in society.

This is actually surprisingly good. Not your average arabic cliché drama movie. Simple, realistic and on point.
Oh and Mona Zaki😍>>> https://t.co/F7oEjIpAsE

The controversy around the film though has paid of- in terms of numbers that is. 'Perfect Strangers' has been topping Netflix's viewing charts in the region and highlighted the demand for more localized content in the region.