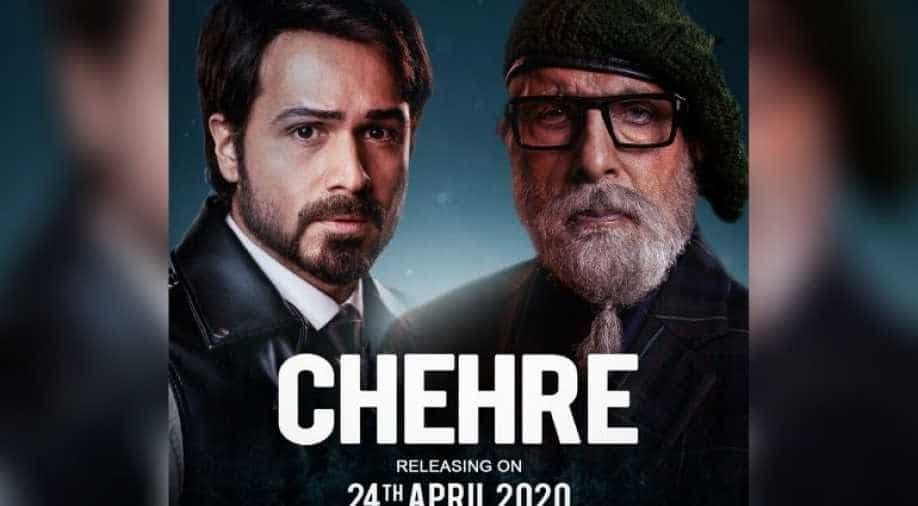 In the poster, Emraan Hashmi is seen with Amitabh Bachchan and both of them look serious about something.

Emraan Hashmi revealed the updated release date of his upcoming mystery-thriller 'Chehre' on social media today. He shared the poster of the movie which confirmed the release date as on April 24, 2020.

Taking to Instagram, Hashmi captioned the poster of 'Chehre' as "Lock the date !!".In the poster, Emraan Hashmi is seen with Amitabh Bachchan and both of them are in a serious look.

Big B's look in the poster is quite different as he's seen sporting a cap and thick beard. The movie 'Chehre' also features Kriti Kharbanda in a lead role. Amitabh Bachchan completes 50 years in Bollywood: The journey of a 'Shehanshah'

Directed by Rumi Jaffery and produced by Anand Pandit, the movie is a suspense thriller. Bachchan will be seen playing the role of a lawyer, while Hashmi will play the role of a business tycoon. The two will be seen sharing the screen for the first time.

The announcement of the movie was made by Amitabh Bachchan on April 11 this year on his social media. He shared a picture of himself along with Emraan Hashmi, Rumi Jaffery and Anand Pandit then.