The kind of freedom you get in India is not there anywhere else: Akshay Kumar to Zee News 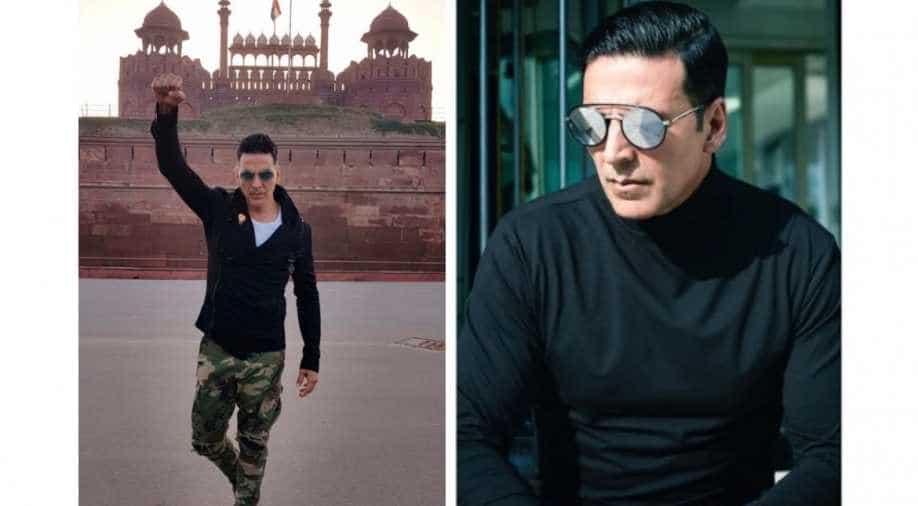 The interview took place in the backdrop of Red Fort in Delhi as Akshay opened up on the political climate of the country, a possible thawing of tension between India and Pakistan that he hopes for as no one wants war in the world.

Bollywood actor Akshay Kumar is famous for his brand of nationalism, for repeatedly making films that have a social message or is high on ‘Josh’ as the youth of India calls it.

Speaking about his upcoming film ‘Kesari’ that is scheduled to release in theatres on March 21 on Holi, Akshay got in a conversation with Zee News Editor-in-Chief Sudhir Chaudhary. The interview took place in the backdrop of Red Fort in Delhi as Akshay opened up on the political climate of the country, a possible thawing of tension between India and Pakistan that he hopes for as no one wants war in the world.

Akshay joined Bollywood decades ago but still considers him to have a heart of a Delhiite as he fondly remembers spending his golden years as a child in Chandni Chowk. Red Fort, that overlooks Chandni Chowk gave him nostalgia as he fondly spoke of being born there and playing cricket every day.

Commenting on the current political scenario, Akshay said, ‘My Josh is high, it’s first class,” and then gave an analogy by way of a dialogue from ‘Kesari’: “A guy comes to me in the film and says that we are here to fight to which I say, ‘We will fight when the time is right, right now we are here to help build a place of worship.”

He elaborated, “This is all (terrorism), the wrong interpretation of religion.”

Akshay then explained how Chandni Chowk has taught him all this as it is a place where all religions coexist. He said, “There is a Jain temple, a Hindu temple, Gurudwara and Jama Masjid. People here co-exist, they are happy.”

When prodded whether Pakistan and India would ever be like this in the future, Akshay said they should and added, “Terrorism should get over. War takes the life of a father, husband, son. Nobody wants death. Army and the government know more about politics and international state of affairs. Whatever they decide, we are with them.”

On people asking for proof, Akshay said, “We can't ask the defence or army for proof. We can't ask them, they risk their lives. This takes down their morale. Can’t doubt them.”

He further added, “I am very happy with the country. The kind of freedom you get in this country, you don't get it anywhere.” He also spoke about not wanting to join politics as he is not interested.