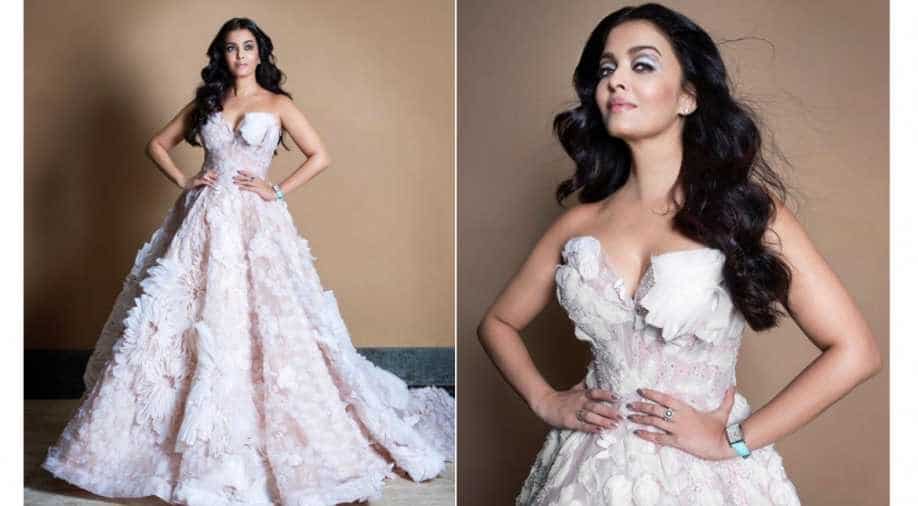 Sharing some pictures of the event in Rome, Aishwarya wrote, “DolceVita in Rome with Longines.”

She is timeless. Aishwarya Rai Bachchan looks ethereal in almost everything.

Recently the actress attended an event in Rome dressed in a white bustier ball gown that had plume-like detailing across the length of the dress. Keeping her hair open with subtle makeup, the actress put her best foot forward as is it is said that she is currently visiting the European city with family. Her birthday is just around the corner and she wishes to celebrate with husband Abhishek and daughter Aaradhya in Italy.

Sharing some pictures of the event in Rome, Aishwarya wrote, “DolceVita in Rome with Longines.” There is also a video of hers in which she calls the daughter and husband on stage.

A post shared by AishwaryaRaiBachchan (@aishwaryaraibachchan_arb) on Oct 31, 2019 at 3:42am PDT

A post shared by AishwaryaRaiBachchan (@aishwaryaraibachchan_arb) on Oct 31, 2019 at 3:46am PDT

As quoted in a publication, “On Sunday, the Bachchans hosted a grand Diwali bash at home that went on till the wee hours of the morning. After a round of merry-making last night, Aishwarya, Abhishek and daughter Aaradhya will leave for Rome tonight. The doting husband has planned a week-long holiday, which will be a mix of business and pleasure. Aishwarya has an event lined up in the Italian capital on October 30 to mark her 20-year association with a Swiss watch brand.”

The source continued in the report, “It will be a dual celebration as the brand officials have arranged a special birthday gala for her, with Abhishek and Aaradhya in attendance. After that, the trio will explore Rome and possibly the Vatican City over the next three days. He has already zeroed in on an exotic venue where they will ring in Ash’s birthday on the night of October 31. Last year too, he had hosted a surprise birthday bash in Mumbai after which the trio headed to Goa for a getaway. Before they dive headlong into work, the couple will organise an intimate party for their friends on their return to the bay.”

Aishwarya was recently in news as her long-time manager Archana Sadanand suffered 15% burn injuries after an accident at the Bachchan Diwali party. She was apparently saved by Shah Rukh Khan who jumped in to help in the nick of time.