Abhishek Bachchan on 'Koffee With Karan': It's heartbreaking to be shadowed by another actor in the lead 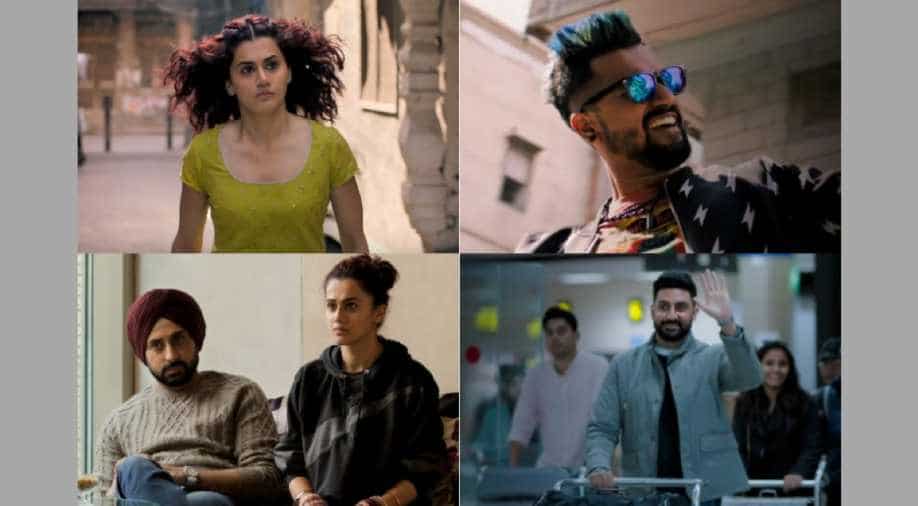 He will be seen next in a yet-to-be-titled Anurag Basu’s dark comedy that is set to release on September 6, 2019. The film also stars Rajkummar Rao and Fatima Sana Shaikh.

Abhishek Bachchan was last seen in Anurag Kashyap’s ‘Manmarziyaan’ that also had Vicky Kaushal and Taapsee Pannu. The film earned him critical praise and worked some good numbers at the box office but at the same time had a lot of attention for Vicky, his co-star.

In the latest ‘Koffee With Karan’ season 6 episode as Abhishek joined his sister Shweta Bachchan Nanda on the couch with filmmaker-host Karan Johar, the actor spoke of how his recent spate of films has pitted him as the second lead. Abhishek revealed that it is heartbreaking for him as an actor who has been at the centre stage to move away.

Abhishek said, "It is heartbreaking to any actor who has been centre stage to be shadowed by another actor in the lead."

"The industry is a brutal place. I don't think anyone is entitled to say that I am who I am so I deserve this. No, you have to earn it. Moving from centre to left is heartbreaking but you have to use that hurt to inspire yourself to get back into the centre again," he added.

Before ‘Manmarziyaan’, Abhishek featured in ‘Housefull 3’, that was two years ago. On taking a long gap between the films, Abhishek said, " I don't think it was the pressure of what was happening. Rather it was more about my approach towards my work which I thought was incorrect. I was becoming very complacent and comfortable.''

He will be seen next in a yet-to-be-titled Anurag Basu’s dark comedy that is set to release on September 6, 2019. The first look of the film was shared by Rajkummar Rao, Abhishek's co-star, on his Twitter account on January 17. The glimpse includes Fatima Sana Shaikh and Rajkummar Rao in the frame.