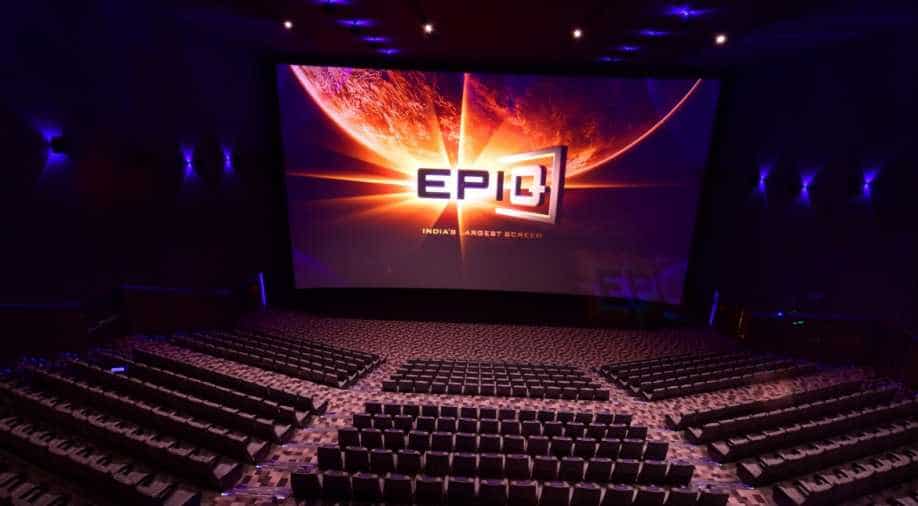 This 656-seater cinema theatre has the biggest screen in India as of now and is touted to be also the biggest in South-East Asia. Photograph:( WION )

The size of the screen is approximately five and a half floors of a building's size.

Even in this age of digital platforms, the feel of watching a movie on a large screen has its own unmatched experience.

In a small town called Sullurpet in Andhra Pradesh, which is 80 kilometres from Chennai, a brand new cinema theatre has opened today -- the screen is 100 feet in width and 54 feet in height. This size is approximately five and a half floors of a building's size.

'Bahubali' fame Prabhas' latest film 'Saaho' is released in hundreds of theatres in India and worldwide today but an Epiq screen of newly built V EPIQ Theatre in Sullurpet town where 'Saaho' made its debut today is in focus. This 656-seater cinema theatre has the biggest screen in India as of now and is touted to be also the biggest in South-East Asia.

Made by Chennai-based QUBE Cinemas for V-Celluloid chain of cinema theatres, this state-of-the art EPIQ screen includes 4K RGB laser projection, Dolby Atmos Immersive Audio system, and above all 1.89 screen aspect ratio that is optimised for both scope and flat movies with sharp images, higher brightness, increased contrast and a wider colour gamut.

"The overall experience of watching a movie in this particular theatre will be unimaginable. Be it any of the seat, the eye can see the entire peripheral screen. Normally, in conventional theatres, the screen aspect ratio is 2.35 but this screen has a 1.89 screen aspect ratio which means there's a high brightness of image. This biggest screen is complemented by Dolby Atmos'immersive audio,'' informs Jayendra Panchapakesan, co-founder of QUBE Cinemas to Zee Media.

Interestingly, this multiplex which also has two smaller theatres is located in Sullurpet- a small town- and which has only three lakh population. Sullurpet is surrounded by a couple of other towns nearby and is quite near to SHAR, Sriharikota, from where ISRO launches its rockets, a Special Economic Zone (SEZ) called Sri City and few Engineering and other educational institutions nearby.

"Our motto is to give tier 2 and 3 locations an unmatched cinema viewing experience and yes there is craze among the cinegoers especially in these tier 2 & 3 areas to watch a movie on a big screen,'' says Naveen Kumar Eada, Senior Vice-President of V-Celluloind to Zee Media, while adding," large formats is the future.''

While the owners of V-Celluloid have not disclosed the cost of this venture, the tickets for this EPIQ screen are priced reasonably at Rs 200 and Rs 100 for two classes.