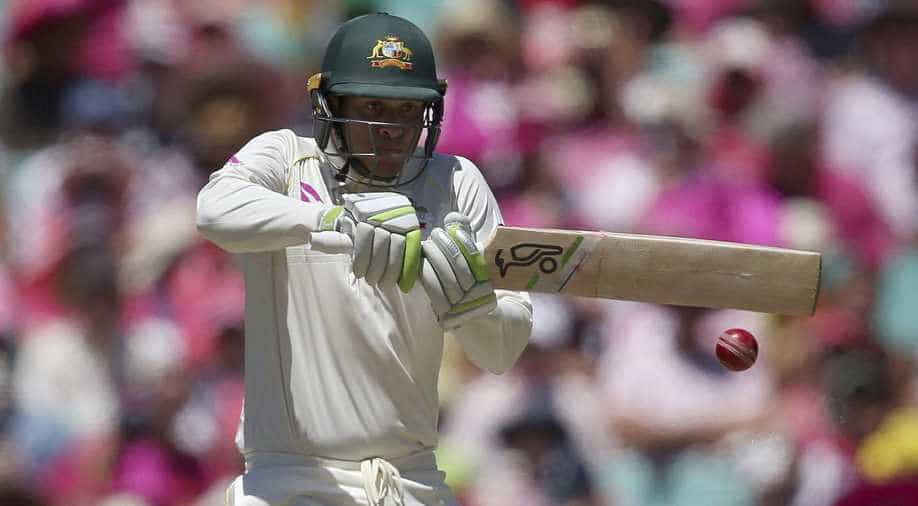 The left-handed batsman hit a mammoth 171 and guided Australia to 479/4 at stumps Photograph:( Zee News Network )

Usman Khawaja went big at the Sydney Cricket Ground (SCG) on the 3rd day of the fifth and final Ashes Test, putting Australia in the box seat for a 4-0 series win.

The left-handed batsman hit a mammoth 171 guided Australia to 479 for the loss of four wickets at stumps on Saturday.

Khawaja's 171 was vital as Australia overtook England's first innings total and established a lead at the Sydney Cricket Ground.

Khawaja shared a stand of 188 with captain Steve Smith, who was dismissed just before lunch at 83, and another of 101 with Marsh, who just missed out on his second hundred of the series in the over before stumps.

Khawaja's 381-ball innings was finally ended when he skipped down the wicket to Mason Crane, missed the ball and was stumped by Jonny Bairstow.

However, Marsh will resume on 98 on day four with his brother Mitchell, who was 63 not out.

England dismissed just two Australians on the third day with one of them being Steve Smith and the other was Usman Khawaja, despite its strong rally on Friday morning by their lower order which lifted the tourists to a competitive 346.