US stock futures tumble 5% on fears of Trump win 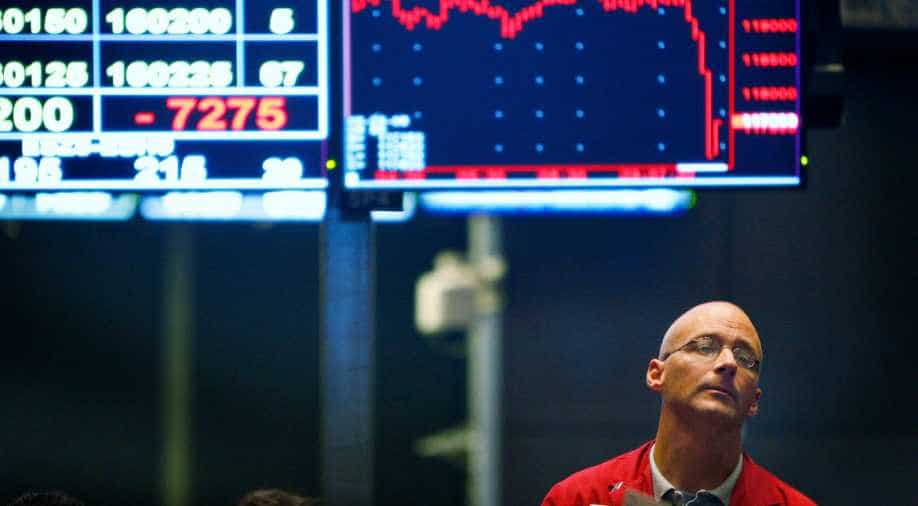 The wave of panic also hit Asia as markets dropped at the opening bell, mainly in Bombay, which dropped 6.08 per cent and Tokyo, 5.5 per cent. Photograph:( Getty )

Futures markets for the S&P 500 fell 5.01 per cent and the tech-heavy NASDAQ lost 5.08 per cent, reflecting the growing concerns among investors about the economic risks posed by a Trump presidency. The Dow Jones index fell 4.30 per cent.

As results came in pointing to an astonishing upset win by Trump, markets that had counted on Clinton to win were caught up in a growing wave of panic.

Stocks had risen Tuesday, with Dow Jones index up 0.40 per cent and the Nasdaq up 0.53 per cent.

Futures contracts, which fell while Wall Street was closed, reflect investor sentiment on what will happen down the road.

The wave of panic also hit Asia as markets dropped at the opening bell, mainly in Bombay, which dropped 6.08 per cent and Tokyo, 5.5 per cent.

Markets have long preferred Clinton to Trump, who is seen as unpredictable. His positions against free trade accords and immigration worry big companies and are seen as a possible curb to economic growth.