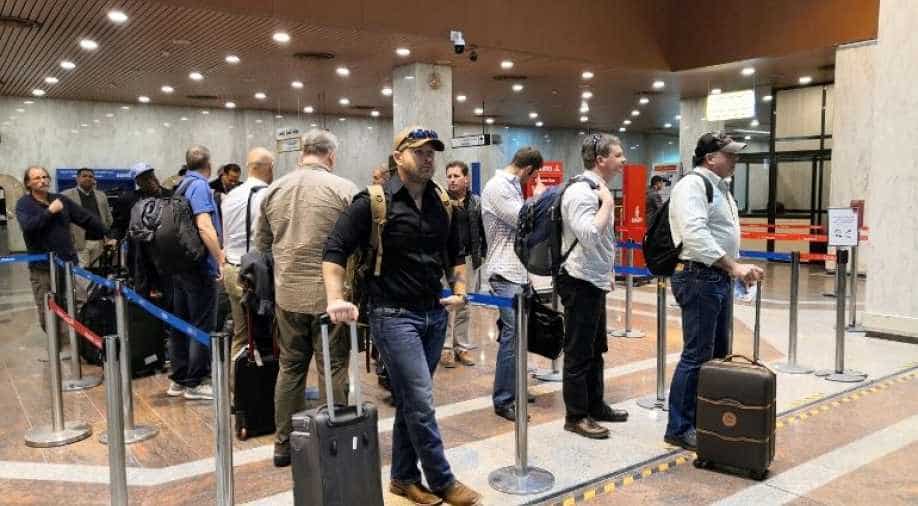 Italian energy group Eni said the Zubair oil field, which produced around 475,000 BPD in 2018, was 'proceeding regularly', adding it was closely monitoring the situation.

US citizens working for foreign oil companies in the southern Iraqi city of Basra were leaving the country on Friday, the oil ministry said after a US airstrike killed a top Iranian commander in Iraq.

Hours after the killing of Iranian Quds Force leader Qassem Soleimani and Iraqi militia commander Abu Mahdi al-Muhandis, who was with him, the US embassy in Baghdad urged all its citizens to leave Iraq immediately.

Iraqi officials said the evacuation would not affect oil operations, production or exports from the country, the second-biggest producer in the Organization of the Petroleum Exporting Countries with the output of about 4.62 million barrels per day (BPD), according to a survey of OPEC output.

Oil company sources told earlier on Friday that dozens of foreign workers were expected to fly out of the country. A witness saw a number of foreigners, including US citizens, queuing at Basra airport and described the atmosphere as relaxed.

Some were travelling to Dubai on airline FlyDubai and others were checking in at the Qatar Airways counter.

A spokesman for BP, which operates the giant Rumaila oil field near Basra, declined to comment. Rumaila produced around 1.5 million BPD as recently as April.

Italian energy group Eni said the Zubair oil field, which produced around 475,000 BPD in 2018, was "proceeding regularly", adding it was closely monitoring the situation.

US major Exxon Mobil declined to comment on whether it was evacuating staff but said the production "continues normally" at its West Qurna 1 oil concession in the south of the country near the Iranian border.

"We continue to watch the situation closely," a spokeswoman said.

Exxon removed around 60 foreign staff from West Qurna last May after attacks near its oil facilities. The employees returned about two weeks later after the government agreed to provide additional security.

Schlumberger, which also works in southern Iraq, is evaluating the security situation, a spokesman said, declining to comment on the US call for citizens to evacuate. Last year it won a two-year contract to drill 40 wells for Basra Oil Co.

Ian Bryant, chief executive of Canadian oilfield company Packers Plus, said he was "more concerned than ever" about the safety of their staff in Iraq, adding he was worried that US, British and Canadian citizens might get caught up in any unrest.

Genel, an oil producer in the autonomous region of Kurdistan in northern Iraq, said its operations were continuing normally. It did not comment on any staff movements.

Gulf Keystone Petroleum, which also operates in Kurdistan, said "while these events are taking place ... Gulf Keystone is closely monitoring the situation and operations at (the Shaikan field) are carrying on as per usual".