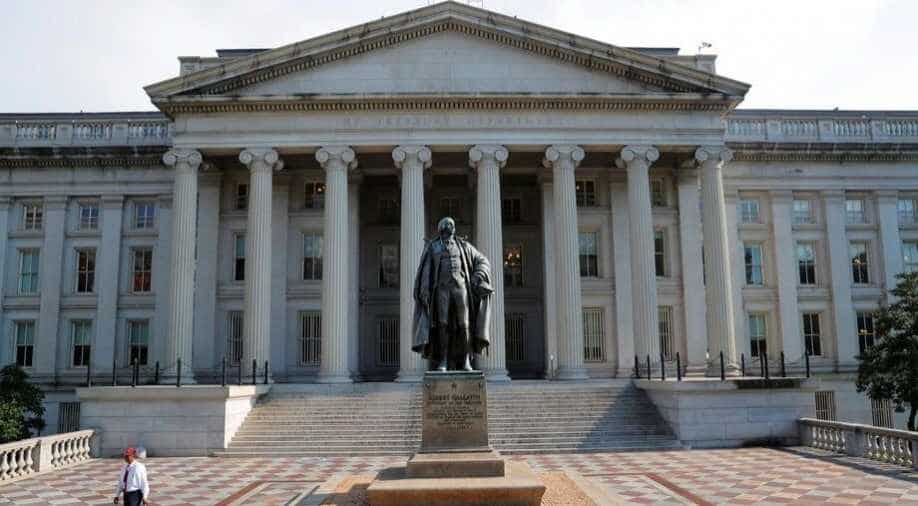 US Treasury Department in Washington, US (file photo). Photograph:( Reuters )

The US government posted a $200 billion budget deficit in August, bringing the fiscal year-to-date deficit past $1 trillion, according to data released on Thursday by the Treasury Department.

Analysts polled by Reuters had expected a $195 billion deficit for the month.

The deficit for the fiscal year to date was $1.067 trillion, compared with $898 billion in the comparable period the year earlier.

When adjusted for calendar effects, the deficit for August was $141 billion compared with an adjusted deficit of $146 billion in August 2018.

The adjusted fiscal year to date deficit was $1.017 trillion versus an adjusted $878 billion the prior period.