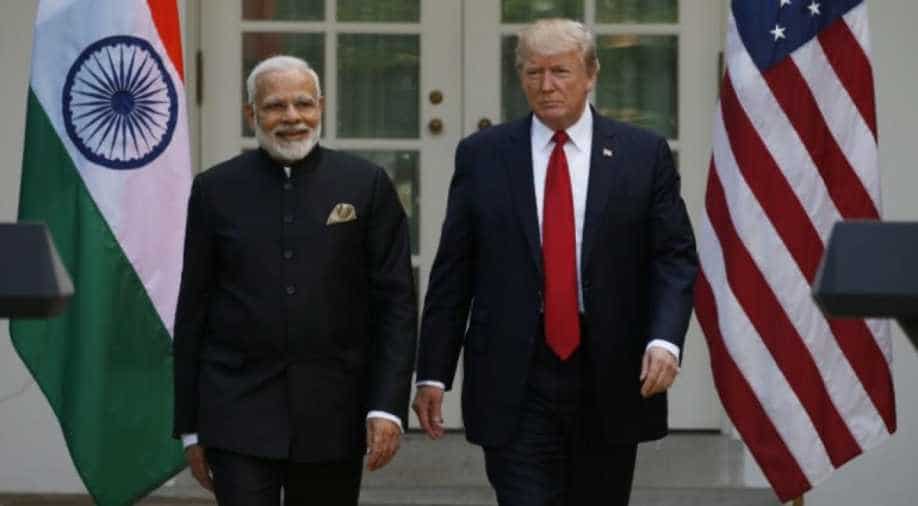 The United States would end its preferential trade treatment for India on June 5.

India has reacted to the US withdrawing Generalised System of Preference (GSP) which is a trade preference programme for developing countries saying its "unfortunate" that Washington did not accept New Delhi's offer for the resolution and it can't offer something that hurts national interest.

The United States would end its preferential trade treatment for India on June 5.

A release by commerce ministry said,  "India as part of our bilateral trade discussions, had offered resolution on significant US requests in an effort to find a mutually acceptable way forward. It is unfortunate that this did not find acceptance by the US."

India had offered a package to US, both before and after White House announced its decision on discontining of GSP status.

Trump administration withdrew the GSP for India, which allows duty-free entry for products from designated developing countries since, according to white house proclamation, "India has not assured the US that it will provide equitable and reasonable access to its markets."

New Delhi, reacting on this said, "India...shall always uphold its national interest in these matters." Adding, it has "significant development imperatives and concerns and our people also aspire for better standards of living. This will remain the guiding factor in the government’s approach."

But was hopeful, and said, we "will continue to build on our strong ties with the US, both economic and people-to-people."

On 4th March, White House had announced that it plans to terminate India's status under the GSP and had given a 60-day notice period till 3rd of May. India was the largest beneficiary of GSP in 2017 and was able to export $5.7 billion Indian goods to US duty-free. India’s exports to the US during 2018 were $ 51.4 billion

According to export body FIEO (Federation of Indian Export Organisations), the impact of the withdrawal will be minimum but some products may face the heat.

President of FIEO, Ganesh Kumar Gupta said, "Out of $ 6.35 billion value of exports from India to the US under the GSP scheme, net benefit to the tune of only $ 260 million were accrued by the Indian exporters and thus at macro level the impact of GSP withdrawal on our exports to US would be minimal."

But products getting GSP benefits of 3 per cent or more may find it difficult to absorb the loss.