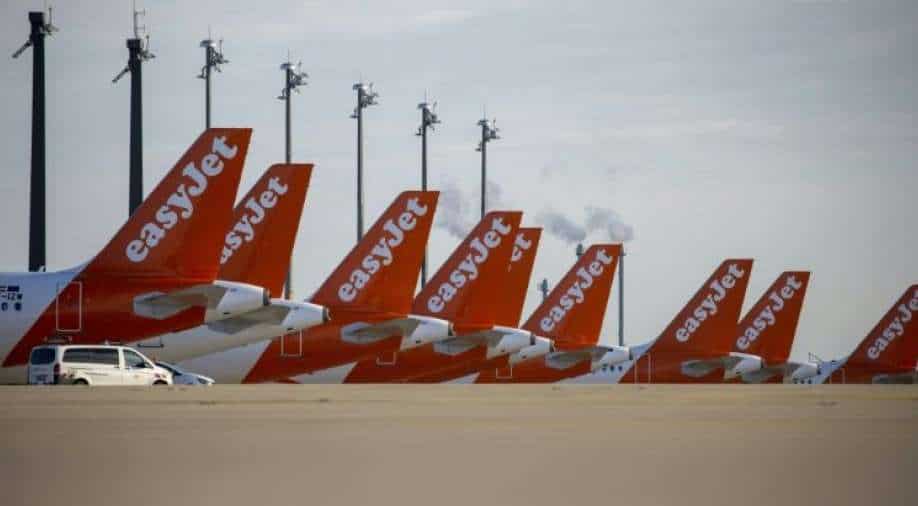 The British no-frills carrier suffered a pre-tax loss of £1.27 billion ($1.7 billion, 1.4 billion euros) in its reporting year to September. That contrasted with a year-earlier profit of £430 million.

The British no-frills carrier suffered a pre-tax loss of £1.27 billion ($1.7 billion, 1.4 billion euros) in its reporting year to September. That contrasted with a year-earlier profit of £430 million.

Revenue slumped by a similar proportion to stand at £3.0 billion, EasyJet said in a results statement.

It added that it plans to fly no more than 20 percent of normal capacity during its current first quarter ending on December 31.

But chief executive Johan Lundgren said the company was "well positioned and expecting to bounce back strongly" after responding "robustly and decisively" to the virus fallout.

The airline is in the process of axing up to 4,500 jobs or almost one third of its staff as it seeks to navigate the crisis, mirroring painful cost-cutting across the world aviation sector.

It has raised more than £3.1 billion in extra liquidity since the start of the deadly pandemic, including £600 million from the British government's emergency Covid Corporate Financing Facility.

The carrier on Tuesday said it is "planning to extend... borrowing" from the facility after talks with the Bank of England and UK Treasury department.

"I am immensely proud of the performance of the EasyJet team in facing the challenges of 2020," Lundgren said in the statement.

"We responded robustly and decisively, minimising losses, reducing cash burn and launching the largest... restructuring programme in our history."

He also cheered "welcome news" on a Covid-19 vaccine that could potentially herald a longer-term return to normality.

"We retain the flexibility to rapidly ramp up when demand returns... We know our customers want to fly with us," he said.

The carrier grounded its entire fleet on March 30 as Britain went into an initial lockdown, returning to the skies with only a very limited schedule in the middle of June.

There was a modest recovery in summer demand -- but "widespread quarantine measures introduced in September once again eroded demand and consumer confidence to travel", it noted.

The airline has been hit additionally by a second lockdown currently in force across much of Britain.

In reaction to the results, EasyJet shares sank 4.0 percent to 746.20 pence in morning London deals.

The stock is down by about 45 percent in 2020, mirroring sharp falls across the entire aviation sector.

Hopes of there being a vaccine as early a this year have however handed airlines some big gains over the past week.

"EasyJet shareholders will be hoping that the worst is now behind them," noted William Ryder, equity analyst at Hargreaves Lansdown stockbrokers.

"Although capacity is still expected to be down dramatically in the first quarter of EasyJet's 2021 financial year, positive vaccine news has promised light at the end of the tunnel."