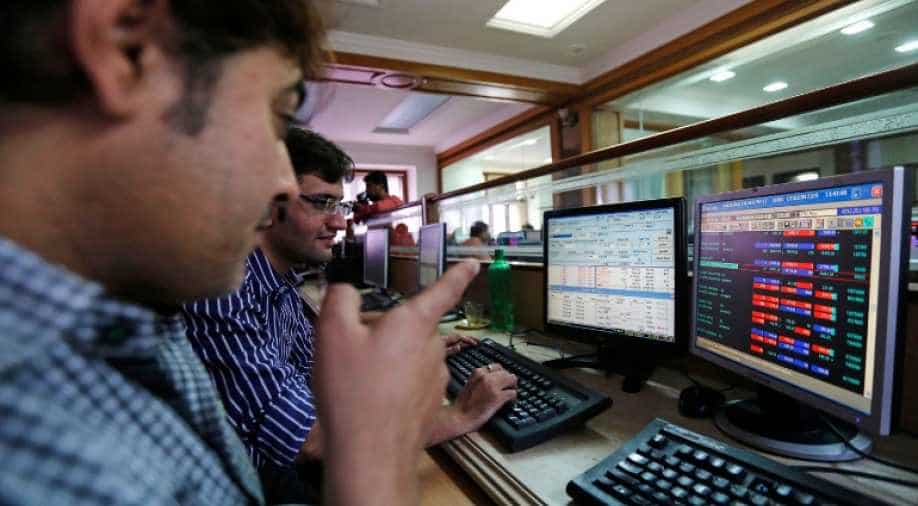 On the other hand, Tata Motors, Yes Bank, Bharti Airtel, Tata Steel, SBI, Infosys, ONGC and TCS fell up to 3.18 per cent.

"Market has given a thumbs-up to exit poll numbers. Sentiments have turned around drastically and the benchmark indices can gain 5-8 per cent more from here over the next few weeks if the final election outcome is in line or even better than exit polls," said Gaurav Dua, Senior VP, Head Strategy and Investments, Sharekhan by BNP Paribas.

Meanwhile, Rupee trades flat at 69.80 against the dollar after a 1 per cent gain on Monday over exit poll results cheer.

Yesterday, Indian equities posted their biggest single-day gains in over six years, the rupee saw its best day in two months and government bond prices surged after exit polls predicted a clear mandate for the Narendra Modi-led NDA in the Lok Sabha elections.

The NSE Nifty surged over 421 points to log its best single day gains in over 10 years.