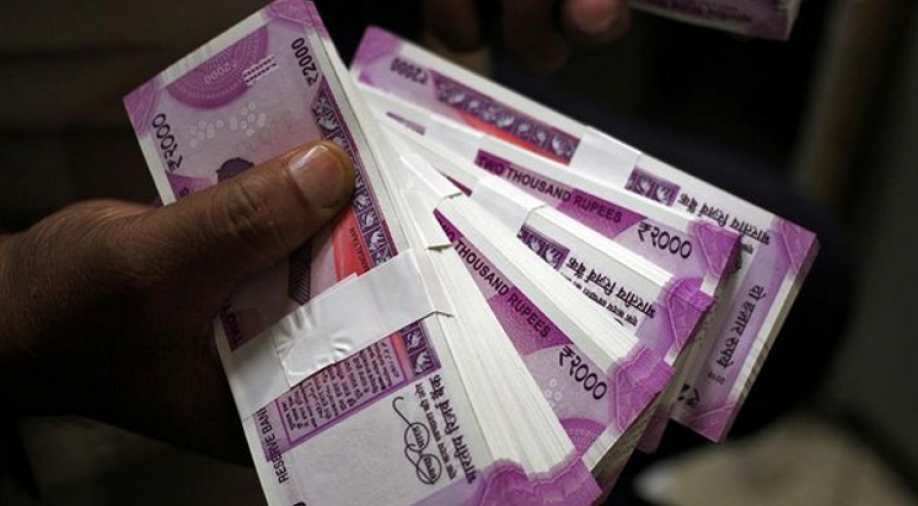 The rupee Thursday fell marginally by 4 paise to close at 69.87 against the US currency, extending its decline for a third straight day, due to a stronger dollar and investors awaiting the allocation of key portfolios in the newly elected government.

At the Interbank Foreign Exchange (forex), the domestic currency opened at 69.76 a dollar and fell further to touch the day's low of 69.93. It finally settled at 69.87 per dollar, down 4 paise over its previous close.

The rupee Wednesday had settled at 69.83 to the US dollar.

"Rupee opened on strong note but failed to hold at the higher levels. This is going to be the third straight session of fall in the rupee," said V K Sharma, Head PCG & Capital Markets Strategy, HDFC Securities.

The rupee has now depreciated by 36 paise in the three sessions to Thursday.

Prime Minister Narendra Modi and his council of ministers were set to take oath at 1900 hours Thursday for a second term as suspense mounted on who will get the big four berths -- Home, Finance, Defence and External Affairs.

Going ahead, macroeconomic data like gross domestic product data for January-March quarter and provisional estimates for the whole 2018/19 fiscal year ending in March to be released on Friday and RBI monetary policy outcome would give further direction to the rupee, Sharma said.

RBI's monetary policy outcome is scheduled to be released on June 6.

The dollar index, which gauges the greenback's strength against a basket of six currencies, fell 0.02 per cent to 98.12.

After a day's breather, benchmark Sensex Thursday resumed its record-setting spree by rallying 330 points on gains in index heavyweights RIL, HDFC and TCS amid expiry of May derivative contracts.