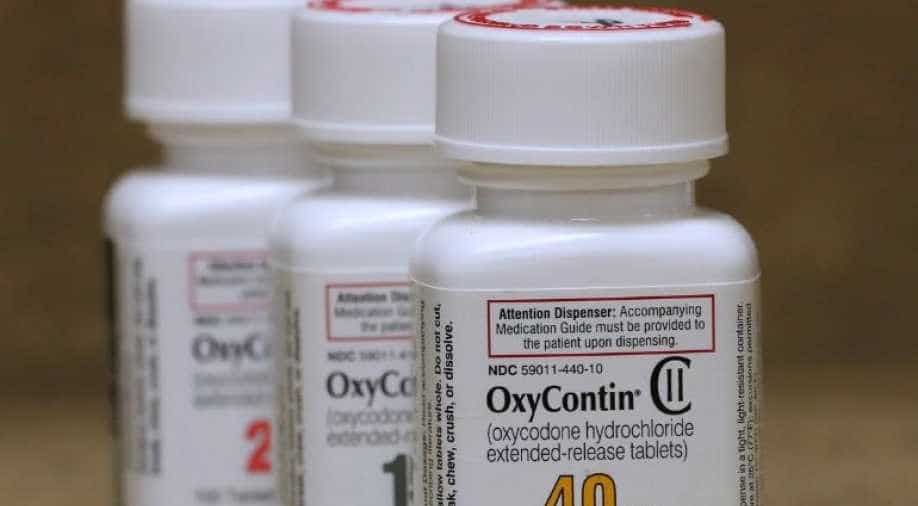 Purdue is among several drugmakers and distributors that have been sued for fueling an opioid addiction crisis in the United States, which claimed 400,000 lives from 1999 to 2017, according to the US Centers for Disease Control and Prevention.

OxyContin maker Purdue Pharma LP and its owners, the Sackler family, are in discussion to settle more than 2,000 opioid lawsuits against the company for $10 billion to $12 billion, two people familiar with the matter said on Tuesday.

Purdue is among several drugmakers and distributors that have been sued for fueling an opioid addiction crisis in the United States, which claimed 400,000 lives from 1999 to 2017, according to the US Centers for Disease Control and Prevention.

The lawsuits have accused the Stamford, Connecticut-based Purdue Pharma of aggressively marketing prescription opioids while misleading prescribers and consumers about risks from their prolonged use. Purdue and the Sacklers have denied the allegations.

Purdue said it was actively working with state attorneys general and other plaintiffs to reach a resolution, without specifying a settlement amount.

There is currently no agreement and the settlement discussions could collapse, the sources said.

Representatives for Purdue and the Sackler family held discussions with cities, counties and states on the contours of the potential multibillion-dollar settlement last week in Cleveland, said a person familiar with the matter.

During the meeting, Purdue outlined a plan to file for Chapter 11 bankruptcy protection as a mechanism for implementing the settlement, which the company hopes will address the lawsuits, the person said.

The Sacklers would cede control of Purdue under the settlement terms discussed last week, the person said.

All the parties face a Friday deadline to update a federal judge on the status of the negotiations, the person said.

The company has said the US Food and Drug Administration approved labels for OxyContin that warned about risk and abuse associated with treating pain. The Sacklers have argued they were passive board members who approved routine management requests rather than micromanaging the marketing of OxyContin.

The settlement offer was first reported by NBC. Paul Hanly, a lead attorney for the plaintiffs, in an email, replied only "Made up. Ridiculous," when asked to confirm NBC's report. Asked to clarify after Reuters confirmed the report, he did not respond.

Representatives for the Sackler family declined to comment and a representative for the state attorneys general did not immediately respond to a request for comment.

The plan under discussion envisions Purdue restructuring into a for-profit "public benefit trust" that would last for at least a decade, one of the people familiar with the matter said.

Purdue would contribute between $7 billion and $8 billion to the trust, with some of the money coming from the sales of its drugs, including those that combat opioid overdoses, the person said. Additional payments would come from the company's cash and insurance policies, the person said. Three experts would be approved by a bankruptcy judge as trustees who would select board members to run the trust, this person said.

The Sackler family, which has amassed an estimated $13 billion fortune over the years, is also weighing a possible sale of another pharmaceutical firm it owns called Mundipharma, with some of the proceeds potentially going toward the settlement under discussion, the person said. The settlement terms contemplate the Sacklers initially contributing $3 billion.

David Sackler, one of a handful of family members who previously sat on Purdue's board, has taken on a significant role in the recent discussions, which included at least 10 state attorneys general, the person said.

Purdue is set on October 21, along with several other drug manufacturers and distributors, to face the first trial to result from federal court proceedings that have consolidated around 2,000 lawsuits brought largely by local governments accusing the companies of fueling the epidemic.

US District Judge Dan Polster in Cleveland, Ohio, who oversees the lawsuits, has been pushing for settlements that could "do something meaningful to abate this crisis."

Purdue, the Sacklers and the communities involved face high-stakes negotiations and Purdue has been preparing for filing for bankruptcy protection in case it cannot reach an agreement.

Going into Chapter 11 would give Purdue the exclusive right for several months to propose a reorganization plan, which if approved by a US bankruptcy judge could be forced on any local governments that decide to hold out.

Some state attorneys general have said they will resist any attempt by Purdue to use bankruptcy.

In a letter to a judge and an earlier lawsuit, her office characterized payouts to the Sacklers from Purdue as fraudulent conveyances, a legal designation for clawing back money during bankruptcy proceedings.

"The opioid epidemic has ravaged American communities for over a decade, while a single family has made billions profiting from death and destruction," James said in a statement. "We won’t let up until we have delivered justice.”

A lawyer representing the Sackler family said in a statement that the New York attorney general's "current claims are without merit and the subpoenas are improper."