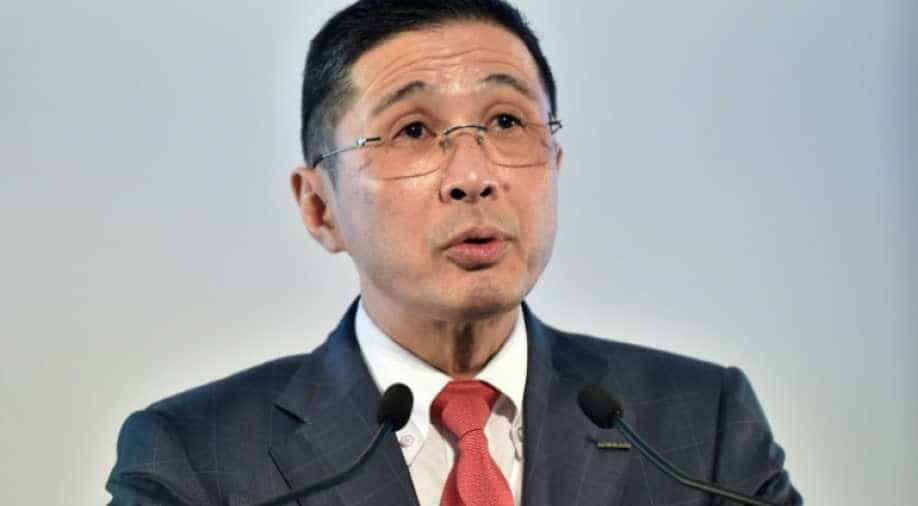 The mild-mannered 65-year-old bespectacled Nissan lifer stunned observers when he unleashed a string of harsh charges against his mentor following Ghosn's arrest on suspicion of 'serious' financial misconduct.

Hiroto Saikawa, tipped to replace disgraced Carlos Ghosn as Nissan chairman, was long considered one of "Ghosn's children", a loyalist to the powerful tycoon who owed him everything -- but then oversaw his downfall.

The mild-mannered 65-year-old bespectacled Nissan lifer stunned observers when he unleashed a string of harsh charges against his mentor following Ghosn's arrest on suspicion of "serious" financial misconduct.

Lashing out at the "dark side" of the Ghosn era, Saikawa appeared to be affected personally by the alleged corruption of a man who had overseen his career.

"It's way beyond being sorry. I feel, I don't know, big disappointment and frustration and despair. Indignation and resentment," said Saikawa.

A year older than Ghosn, Saikawa joined Nissan in 1977 directly from the prestigious University of Tokyo where he studied economics.

He took several brief postings in Europe but his big break came in 2000 when Ghosn officially took the helm of Nissan and embarked on his aggressive campaign to turn the company around.

Under Ghosn's wing, Saikawa rose steadily through the ranks as a procurement specialist, impressing other executives with his zeal to drive down parts and material costs.

Saikawa's career developed quickly as he held various senior positions, ranging from head of the management committee in the Americas and Europe to executive vice-president of purchasing.

As a key member of the auto alliance that combines Nissan, Renault and Mitsubishi Motors, Saikawa also sat on the French firm's board of directors between 2006 and 2016.

In this role, he won praise from Ghosn for his dealings with French officials as he defended Nissan's autonomy from Renault, which holds a 43-per cent stake in the Japanese brand.

A private man, little is known about his personal life, with Nissan insiders telling local media he is a serious businessman with an eye for detail.

"His way of thinking is more business-oriented than French people," the head of a parts maker told industry website Newswitch in 2016, in an apparent comparison to other Japanese business people who prize relationships over profits.

Outside Nissan, Saikawa has also served as chairman of the powerful industry body, the Japan Automobile Manufacturers Association (JAMA).

Finally, Ghosn appointed his right-hand man as co-CEO in 2016 and a year later stepped aside to leave Saikawa in sole charge.

At that time, the two heaped praise on each other, with Ghosn saying "the time is right" for Saikawa to step out from his shadow.

At his news conference following Ghosn's arrest, Saikawa vowed the company would learn from the mistake of placing too much power in the hands of one executive.

"Ghosn-dependent Nissan makes a clean break," said a headline in the Asahi Shimbun after Saikawa's comments.

The ultimate company man, Saikawa is now expected to take the reins as chairman following Ghosn's expected ouster at a board meeting on Thursday.