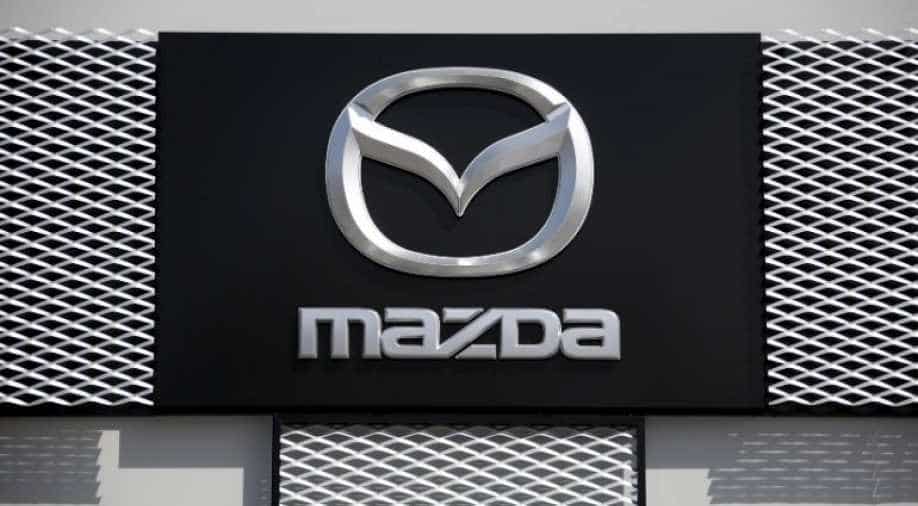 A Mazda car company logo is seen outside an automobile dealership in Nice, France. Photograph:( Reuters )

Japan's fifth-largest automaker expects to post $555.4 million in operating profit for the year ending March, down from a prior outlook of 110 billion yen.

Mazda Motor Corp cut its annual profit forecast by nearly half on Friday as the Japanese automaker expects a strong yen and falling cars sales in the United States and China, its biggest markets, to drive earnings to a seven-year low.

Japan's fifth-largest automaker expects to post $555.4 million in operating profit for the year ending March, down from a prior outlook of 110 billion yen, and lower than a mean forecast of 69.5 billion yen from 20 analysts polled by Refinitiv.

It represents a cut of nearly 30 per cent from 82.3 billion yen profit a year ago.

The downgrade comes after operating profit came in at 18.8 billion yen in the July-September quarter, above analysts' forecast of 14.4 billion yen, although profit fell for the fourth straight quarter.

Quarterly operating profit recovered from a 2.9 billion yen loss a year ago.

Demand for Mazda vehicles, including the Mazda3 sedan and the CX-5 SUV crossover, has slumped since the company posted record annual sales of about 1.6 million vehicles in fiscal 2018.

Mazda posted global sales of 378,000 units for the quarter, down 4 per cent from a year ago, partly due to sluggish sales in the United States and China.

Global automakers have been grappling with a sales slowdown, as a prolonged trade war between Washington and Beijing and slowing growth in China have cut demand for cars in the world's top two economies.

The slowdown comes as carmakers invest heavily in electric cars, autonomous driving technologies and ride-sharing services to survive a market shift away from car ownership.