L'Oreal, Nestle turn out to be the biggest winners at Alibaba's Singles' Day shopping fest 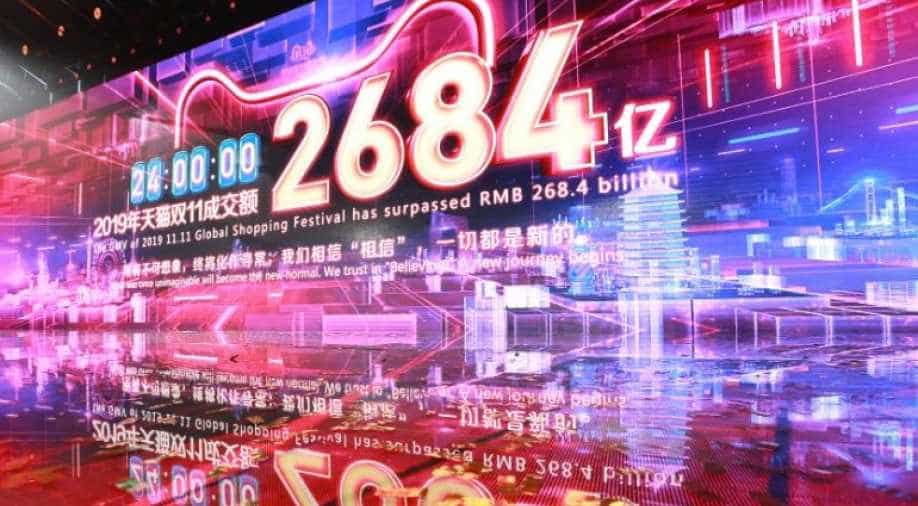 Chinese shoppers snapped up food supplements, facial masks and baby milk powder at the world's largest shopping festival, with brands such as L'Oreal and Nestle among the biggest winners, Alibaba data showed.

The Chinese e-commerce giant's annual Singles' Day shopping blitz on Monday brought in a record 268.4 billion yuan ($38.38 billion) in sales, more than six times the amount of online sales made in the United States on Black Friday last year.

It kicked off this year's 24-hour shopping bonanza with a live performance by US pop star Taylor Swift followed by the live-streamed marketing of over 1,000 brands.

Food supplements were the most popular import product, while sales of makeup, diapers and face wash were also strong.

Sales growth for the annual shopping festival this year eased to 26 per cent, the weakest since the event started in 2009, in a reflection of how e-commerce sales in China have been slowing.

Analysts, however, said the growth rate had slightly beaten their expectations, saying that more aggressive promotions, a focus on attracting more customers from rural cities, and even the overall slowing economy might have helped as people sought to buy goods at discounted prices.

Citic Securities had predicted a 20-25 per cent expansion, while Daiwa Capital Markets had an estimate of 23 per cent.

"What's happened is that you've had a lot of consumers this year being a little bit more careful about their purchasing because the economy's slowing down," said Ben Cavender, managing director of consultancy China Market Research Group.

"I think this year especially, people were kind of waiting for Singles' Day and kind of waiting to make some of those medium-sized purchases that they didn't want to pay full price for."

The event has been replicated at home and abroad, with Singles' Day promotions found at rivals such as China's JD.com and Pinduoduo as well as South Korea's 11thStreet and Singapore's Qoo10.

Uniqlo owner Fast Retailing said the online event also boosted visits to its physical stores, of which it has 700 across China, adding that its Heattech thermal underwear and Ultra Light Down jackets were among its most popular items.