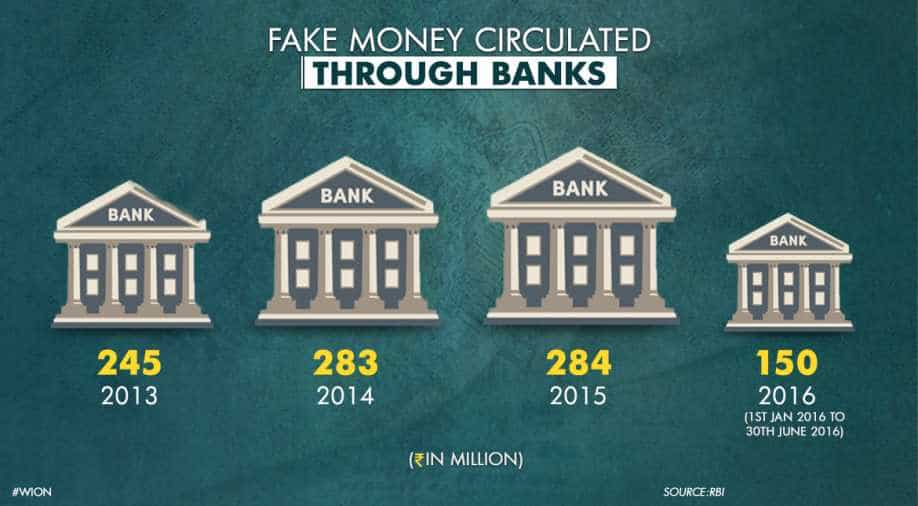 On 8th November 2016, when the Prime Minister of India Narendra Modi announced the demonetisation of Rs. 500 and Rs. 1000 currency notes, the whole country was put in a state of shock. The move which caused great inconvenience to more than a billion citizens of the country was, however, hailed as a crusade against the black economy. The supporters of demonetisation argued that it would significantly impact the amount of fake currency in circulation within India. But if it actually stopped the circulation of counterfeit currency remains a question.

Fake money seized before and after demonetisation (WION)

Which fake currency is being seized the most?

Fake notes of all denominations were seized post-demonetisation, including Rs. 2000 notes. Around 11,000 fake notes of Rs. 2000 were seized in the first six months of 2017, amounting to more than Rs. 22 million. It is surprising that so many thousands of 2000 bills got seized, particularly because it was stated that the new currency is so meticulously printed that it could not be faked. Apart from the 500 notes, around 42,000 counterfeit currency of Rs. 500 were taken into custody. On account of all these seizures, 145 people were accused.

Which are the top States of Seizure?

In the post-demonetisation phase, 5 states in India have been the prime source of all these seizures. Of the total value of counterfeit currency seized from all over India, more than 96 per cent came from these states. Moreover, Delhi has been the hub of the seizures in the country where counterfeit notes of more than Rs 62 million were taken into custody in the first 6 months of 2017. Gujarat stood second on the list with seizures worth Rs. 15.61 million in 2017.

The most alarming fact is, where the value of counterfeit currency seized is so large, fake notes of much higher value are being circulated through the banking channels. As per data provided by Reserve Bank of India, in the first six months of 2016, Rs 150 million of fake currency went through the banking system of the country. The circulation has been on a rise since 2013, and there was an increase of 16 per cent in 2015 as compared to 2013. Though the data for the post-demonetisation period was unavailable, the seizure data is enough to indicate that there would have been no significant fall in circulation of counterfeit currency in the banking channels. Thus, the concerned government agencies need to put in an extra effort to ensure that demonetisation is successfully putting an end to the circulation of fake notes in India.