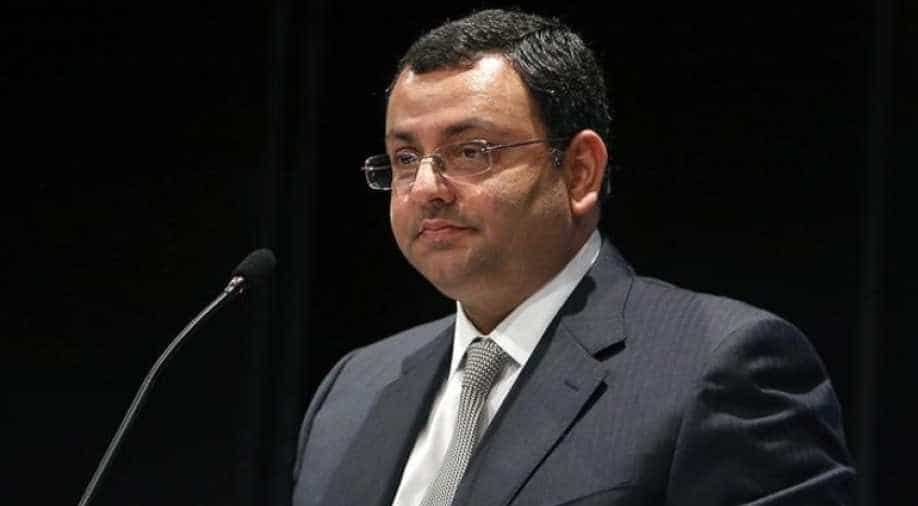 In sharp escalation of boardroom brawl at India's largest conglomerate, Cyrus Mistry was today ousted as chairman of Tata Steel, the third Tata Group firm to do so, a move that Mistry-camp slammed as unprecedented erosion of core values.

The 10-member board of Tata Steel by "majority consent" removed Mistry as Chairman and named O P Bhatt, an independent director and former head of State Bank of India, as interim head.

Tata Steel in a regulatory filing said following leadership change at Tata Sons, the holding company of the group from where Mistry was abruptly ousted on October 24, it had received a notice from the principal promoter seeking convening of a shareholder meet to remove him as director of the company.

"In view of the current situation ie the Special Notice and Requisition received from Tata Sons Ltd, the Board of Directors through circular resolutions dated November 25, 2016 passed by majority consent, has decided to replace Mr Cyrus P Mistry as the Chairman of the board with immediate effect," it said.

Tata Steel is the third group firm to remove Mistry as chairman. First Tata Consultancy Services (TCS) removed him as chairman but that ouster was not through a vote but by virtue of Tata Sons holding a commanding 73.26 per cent stake in the India's largest software services firm.

Then on November 15, seven out of 10 board members of Tata Global Beverages voted him out.

Slamming the latest move, sources close to Mistry said, "We believe that this unprecedented erosion of core Tata Values, is seriously damaging Brand Tata. Each time one thinks the current standard of corporate governance in Tata Group listed companies under the leadership of the Interim Chairman (Ratan Tata) cannot hit a newer low, one has been belied."

They claimed a circular resolution for replacing Mistry as chairman was initiated just minutes before a pre-scheduled Board Meeting.

"Those involved are representatives of Tata Sons, those drawing large remuneration from other Tata Trustee-controlled companies, and an "independent" director, who is the wife of a newly-inducted Tata trustee, who is also recently nominated director of Tata Sons," they claimed without naming anyone. (MORE) PTI RNK ANZ

Koushik Chatterjee is CFO and Tata veteran Ishaat Hussain is also on the board. T V Narendran is Managing Director of the company and D K Mehrota is the other non-executive director on the company board.

Mallika is wife of Venu Srinivasan who was inducted as non-executive director on Tata Sons after Ratan Tata was named interim chairman on removal of Mistry.

After returning, Tata is attempting to tighten his reins over the USD 103 billion group as Tata Sons has sought ouster of Mistry as director from group firms.

While the chairman remains in chair at the pleasure of the board members, a director on a company board can only be removed by shareholders.

In a separate filing, Tata Steel said its board has convened the EGM on December 21 for removal of Cyrus Mistry and Nusli Wadia as directors of the company.

Tata Steel said its board took note of the leadership changes at Tata Sons and had received a special notice from the promoter and principal shareholder to convene an Extraordinary General Meeting (EGM) for removal of Cyrus Mistry and Nusli Wadia as its directors.

"The board of directors through circular resolutions dated November 25, 2016 passed by majority consent, has decided to replace Cyrus P Mistry as chairman of the board with immediate effect and elected O P Bhatt, an independent director, as the chairman of the board," it said in a regulatory filing.

The firm said Bhatt has been appointed the chairman "keeping in mind principles of good corporate governance and to provide impartial leadership to the company in its preparation and conduct of the EGM".

This decision was taken to also ensure stability to the company and in the larger interest of Tata Steel's stakeholders, including but not limited to employees, trading partners, financial stakeholders and local community around its operations, it added.