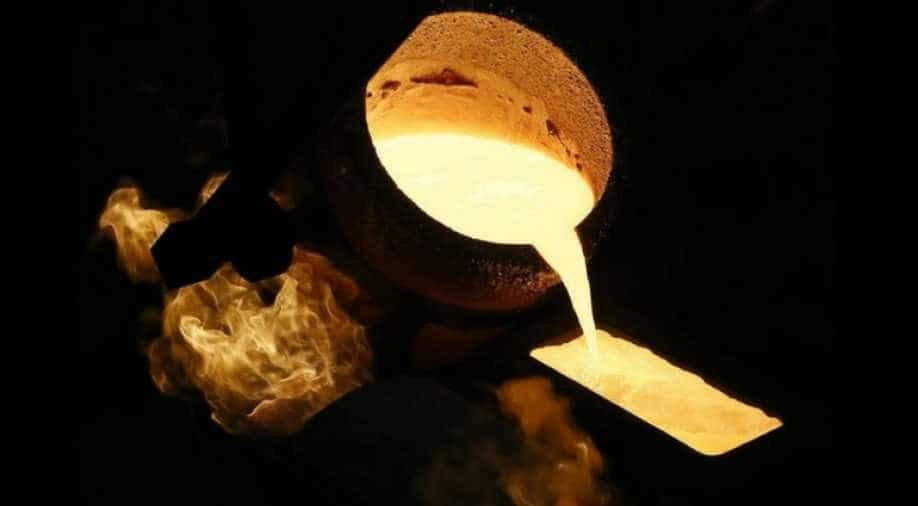 Risk aversion is back on the table following the unexpected news of Tillerson's dismissal and the appointment of Pompeo, said OCBC analyst Barnabas Gan.

"Pompeo is a supporter of Trump's trade policy and could help advance his agenda of imposing it on US trading partners ... all this uncertainty and risk aversion leaves gold as a safe haven option," Gan added.

The US dollar wallowed against the yen and other major currencies after the dismissal of Tillerson. This killed off an earlier bounce in the currency.

A weaker dollar makes bullion, which is used as an alternative investment during times of political and financial uncertainty, cheaper for holders of other currencies.

"With the US.= protectionist rhetoric likely to ring equity market alarm bells, gold should continue to be an ideal hedge in this highly unpredictable environment," said Stephen Innes, APAC trading head at OANDA.

Asian shares eased on Wednesday amid fears of rising US protectionism.

Meanwhile, data on Tuesday showed US consumer prices cooled in February amid a decline in gasoline prices and a moderation in the cost of rental accommodation, the latest indication that an anticipated pickup in inflation probably will be only gradual.

Inflation is a key economic factor the US central bank considers when deciding monetary policy. A strong US inflation reading could raise expectations for future interest rate increases, which would put pressure on non-yielding bullion.

"The 0.2 per cent increase in consumer price index suggests it won't be enough to spur more rate hikes by the Fed than already expected," ANZ analysts said in a note.

Spot gold may rise to $1,334 per ounce, as it has cleared a resistance at $1,327, according to Technical analyst Wang Tao.