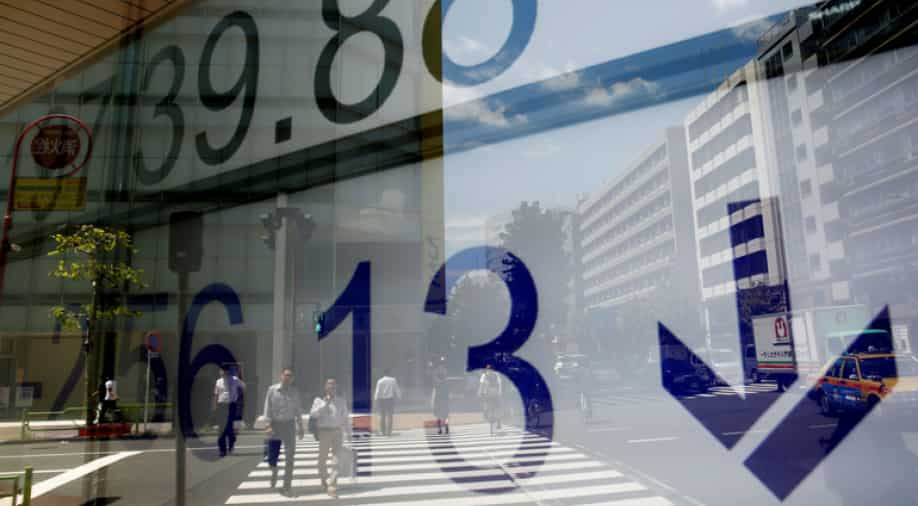 China's Commerce Ministry hinted Beijing could break the cycle of tit-for-tat retaliation in the trade war with the United States, while in Washington US President Donald Trump said the two sides continued to talk

Stocks floated higher on Thursday, lifted by positive sentiment surrounding the US-China trade war, while the pound steadied after a Brexit-fueled slump.

China's Commerce Ministry hinted Beijing could break the cycle of tit-for-tat retaliation in the trade war with the United States, while in Washington US President Donald Trump said the two sides continued to talk.

"People are holding out hope," Maris Ogg of Tower Bridge Advisors told AFP, although that optimism may prove short lived.

"If the trade wars go away or dissipates, clearly you have a healthier economic environment," she said. "But you need some concrete actions for this to have long term impact."

Investors were mulling the significance of a fall in yields on 10-year US Treasurys, which recently dropped below that for two-year Treasury notes -- widely viewed as a reliable recession indicator.

It comes against a backdrop of slowing global growth.

In foreign exchange, the pound was stable a day after it fell on UK Prime Minister Boris Johnson's shock decision to bring an end to the parliamentary year and not restart it until mid-October.

While he said the extended recess was to draw up a full legislative program, anti-Brexiters were fuming that it would cut short any time they could have to debate a plan to avert a no-deal exit from the EU on October 31, with some calling it a "coup."

Johnson could face a vote of no confidence, which could lead to a British general election and continued uncertainty for the already struggling economy.

The euro fell back as incoming European Central Bank chief Christine Lagarde signaled that she would stick with Mario Draghi's controversial expansionary monetary policy that has propped up the eurozone economy amid growing risks to growth.