Asia shares rise as US dollar moves up 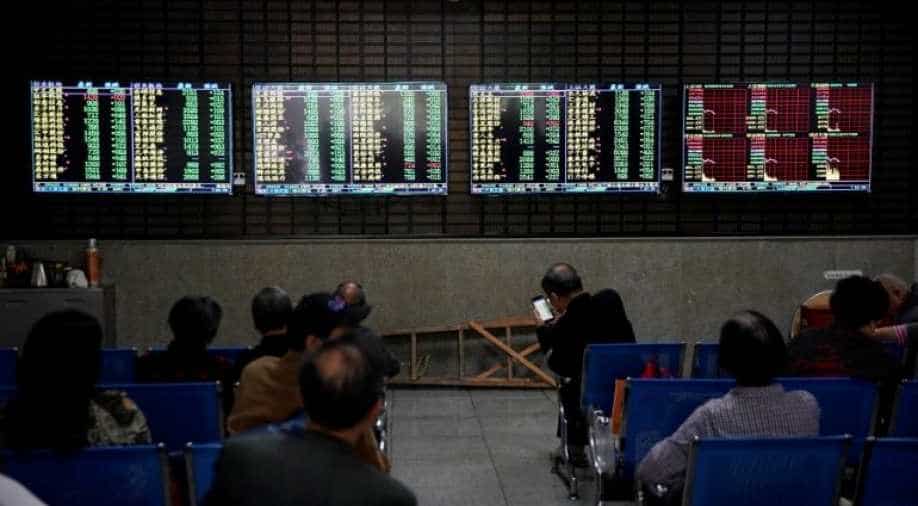 Asian shares pulled ahead on Wednesday while rising Treasury yields lifted the dollar as investors waited anxiously to hear if the world's most powerful central banker would confirm or confound expectations for US easing this month.

MSCI's broadest index of Asia-Pacific shares outside Japan advanced 0.4 per cent, after three sessions of losses.

South Korea edged up 0.4%, but Japan's Nikkei lagged with a loss of 0.1 per cent E-Mini futures for the S&P 500 were flat, while EURO STOXX and FTSE futures pointed to small opening gains in Europe.

A worrying lack of inflation globally is one reason investors are counting on Federal Reserve Chair Jerome Powell to sound suitably dovish when testifying to Congress on Wednesday.

Futures are still fully priced for a 25-basis-point cut at the Fed's July 30-31 meeting but have abandoned wagers on a half-point move. They had implied a 25% probability of an aggressive cut before Friday's upbeat jobs report.

"We still think the odds favour a 25 bps 'insurance' cut," said Kevin Cummins, a senior US economist at NatWest Markets.

"The Fed's consideration of rate cuts is not only about growth but also about inflation, which remains well below target, and inflation expectations, which were breaking to the downside before the Fed signalled the likelihood of cuts."

Overnight, Atlanta Fed bank president Raphael Bostic let nothing out of the bag by saying the central bank was debating the risks and benefits of letting the US economy run "a little hotter."

Lurking in the background, the US and Chinese trade officials held "constructive" talks on trade by phone on Tuesday, White House economic adviser Larry Kudlow said.

The cooling in US rate fever has seen bonds give back just a little of their huge rally, with yields on two-year Treasuries rising to 1.917% from the recent trough of 1.696%.

The Canadian dollar was on the defensive ahead of a rate meeting by the Bank of Canada in case policymakers tried to slow the currency's recent rally.

Oil prices were supported by Middle East tensions and news that US stockpiles fell for a fourth week in a row, easing concerns about oversupply.