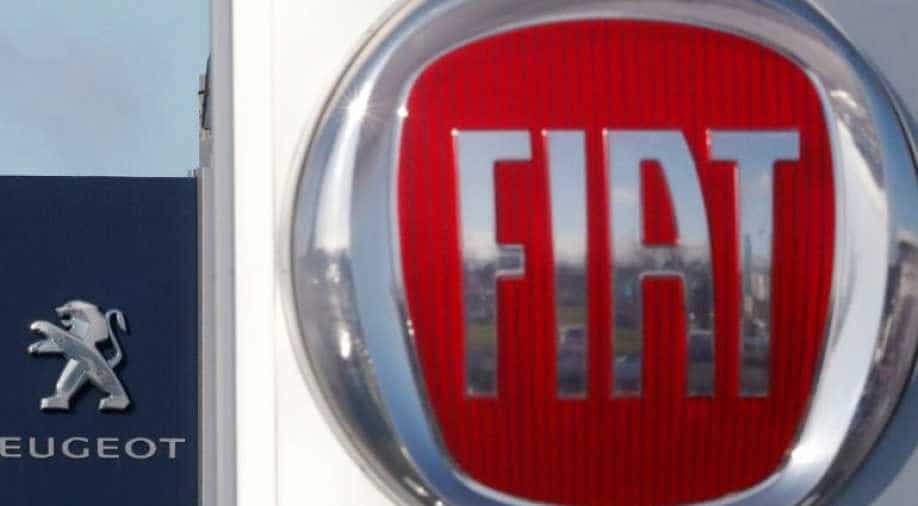 FILE PHOTO: The logos of car manufacturers Fiat and Peugeot are seen in front of dealerships of the companies in Saint-Nazaire, France Photograph:( Reuters )

'Talks are progressing smoothly,' an FCA spokesman said on Thursday about discussions with PSA to create the world's fourth-biggest automaker.

"Talks are progressing smoothly," an FCA spokesman said on Thursday about discussions with PSA to create the world's fourth-biggest automaker.

Asked whether the lawsuit might lead to a review of the two companies' valuations in the proposed merger deal, a source close to FCA replied: "No."

In a letter to employees, FCA Chief Executive Mike Manley said: "We are astonished by this filing, both it's content and its timing. We can only assume it was intended to disrupt our proposed merger with PSA."

FCA will vigorously defend itself against this "meritless" lawsuit, the letter, which was seen by Reuters, said.

"We will not be slowed down by this act," Manley said, adding: "Let’s keep the performance up as it has clearly got some of our competitors worried."

PSA declined to comment on the GM lawsuit and its potential impact on the merger talks.