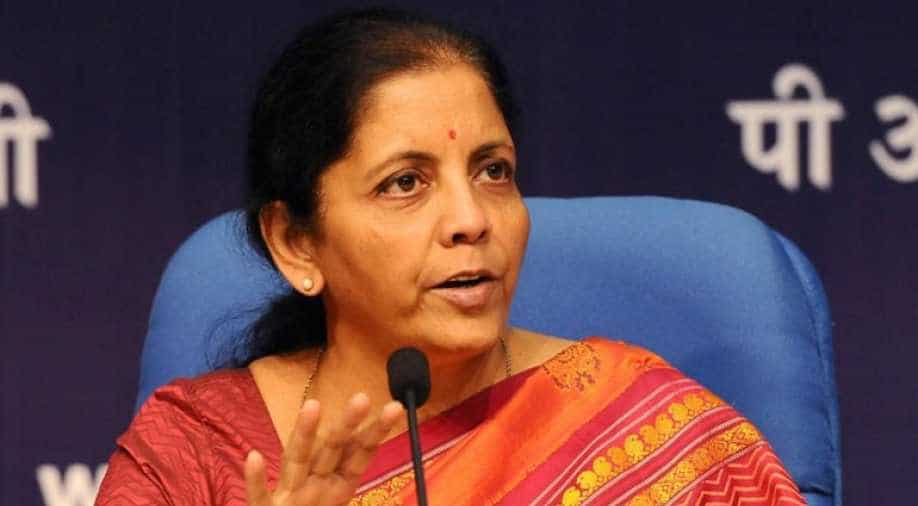 Sitharaman's second Budget, to be presented on February 1, is expected to announce measures to restore economic growth and to set out a clear road map for achieving the ambitious target of USD 5 trillion economy by 2025.

A cut in personal income tax, sops for rural and agriculture sectors as well as an aggressive push on infrastructure spending are likely to be part of Finance Minister Nirmala Sitharaman's "feel-good" second Budget.

Facing the worst economic slowdown in more than a decade, Sitharaman is expected to pull out all stops to spur consumer demand and investment, government sources and economists said.

Sitharaman's second Budget, to be presented on February 1, is expected to announce measures to restore economic growth and to set out a clear road map for achieving the ambitious target of USD 5 trillion economy by 2025.

Investments have failed to pick up despite corporate tax cuts and other stimulus measures, higher FDI inflows, plans to consolidate state-owned banks and monetary easing.

Also read: Briefcase or 'bahi-khata' - What will Sitharaman carry for her second budget presentation?

After corporate tax cuts in September last year, speculation is rife about possible reduction in personal income taxes. A combination of an increase in the basic exemption limit and/or the introduction of a differentiated tax rate structure for higher incomes may be on the cards.

To cushion the impact on collections, these tweaks might be accompanied by rationalisation in tax rebates.

"The government announced a slew of stimulus measures in the last four months but consumer confidence is missing. Not many are eager to take loans to buy homes or cars fearing the worst. The feel good factor in the economy is missing," a senior government source said.

"I think the Budget will be a feel-good Budget that will try to restore faith in the economy and spur spending and investments," the source said.

With disbursements under the PM-Kisan scheme to farmers being less than the budgeted amount, the Budget may also see measures to get states to onboard more eligible farmers under the scheme.

Also read: 2020 Budget Glossary - Here are key terms you should know to understand the Budget

Also, there would be announcements for sectors such as renewable energy, e-vehicle, power, affordable housing, real estate, and exports, they said.

Capital infusion in public sector banks and liquidity measures for Non-Banking Finance Companies (NBFC) may also be on the horizon.

Both the government sources and the economists felt the Budget would reaffirm the focus on infrastructure spending after the rollout of an ambitious National Infra Pipeline (NIP) in December.

Social sector schemes such as rural electrification, MGNREGA, healthcare, education and skill training may also find mention in the Budget.

However, all such measures would come at the cost of fiscal slippage.

The Economic Survey for 2019-20, released on Friday, has already laid the ground by suggesting to the government to keep the focus on reviving growth and letting go of fiscal discipline a bit.

The RBI, armed with a favourable inflation backdrop, defended slowdown risks last year with 110 basis points cut in interest rates. As it puts a brake on the easing cycle, due to an unseasonal spurt in food prices leading to above-target inflation, the ball is in the government's court to revive growth.

Sitharaman would have to do a balancing between efforts to boost growth and the need for fiscal restraint. Economists expect a slight policy tilt towards prioritising growth.

CPI inflation increased to a 65-month high of 7.4 per cent in December 2019, its fifth sequential rise, mainly due to persistently rising vegetable prices.
Also, growth in bank credit fell to a 25-month low of 8 per cent in November 2019