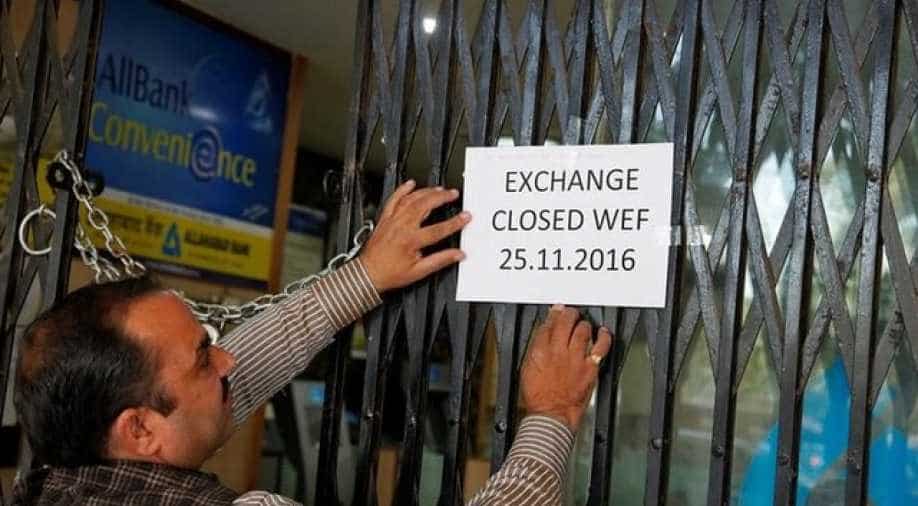 While some bank managers are helping those with undisclosed wealth, they tell other customers that they can't exchange their old cash as they have run out of new notes. (Representative image) Photograph:( Reuters )

While crores of people wait outside the banks across country to deposit and withdraw their hard-earned money, those in possession of black money have figured out a way to convert it into white.

WION got in touch with agents who have been involved in such murky dealings to understand the modus operandi of the entire process of converting black money into new legal tenders. (WION has audio recordings in possession).

The touts, who did not want to reveal their names, said they were in cahoots with bank managers as they provide them with whatever cash they require in new currency notes.

"The bank manager has to be told a day in advance about the amount needed in new notes (to convert black money into white). The next morning, when RBI ( Reserve Bank Of India) sends money to his branch, the manager gives us the money and tells other customers who gather at the branch that they have a cash crunch and cannot dispense the amount they require," one of the agents said.

When asked about how managers manage to fudge the old and new cash balance, the agents said that they are in touch with different chartered accountants who have hundreds of bank accounts in different branches.

To substantiate the claim of these agents, WION spoke to customers visiting banks to get their currency exchanged.

Shaguna Kanwar, a social worker by profession, told us that she had to wait in a queue at a bank for nearly three hours and was then told that they have run out of new notes. She said she received Rs 15,000 in new currency only after she made a "hue and cry".

"It is suprising that the bank managed to find new notes for me when they officially declared that they are left with no more cash," Shaguna told WION.

The touts said the bank managers were charging 20 per cent in commission from them.

As for the agents, they ask for a 30 per cent commission from customers who want to legalise their unaccounted wealth.

"This means that a person will have to pay Rs 4.5 crore in commission to us if he wants to convert Rs 15 crore into white money," an unnamed agent told WION.

If the claims made by the agents are true, it exposes and undermines the federal government's plan to crack down on black money.