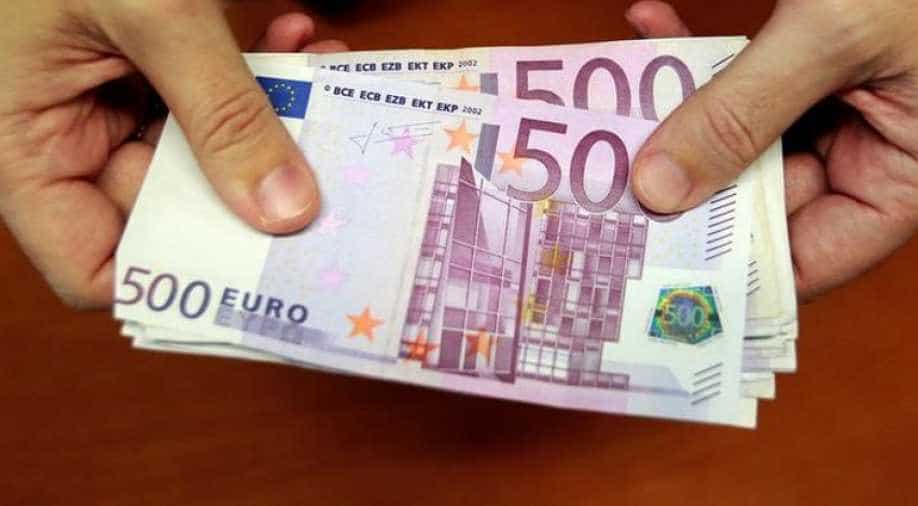 The euro and European government bond yields slipped on Monday after the bloc's most powerful leader, German Chancellor Angela Merkel, won a fourth term but faced a fractured parliament as support for the far right surged.

Investors were unnerved by the prospect of months of coalition talks that could distract from negotiations with Britain over its divorce from the European Union and efforts to integrate the bloc's remaining members.

Some analysts said the political uncertainty may also throw into question European Central Bank plans to reduce monetary stimulus, a move likely to be announced at the ECB's next meeting on Oct. 26.

"There might be some concerns at the ECB that a less stable and less pro-EU German government will have negative implications for the (economic) outlook. That would be dovish," said Frederik Ducrozet, an economist at Pictet Wealth Management.

Business confidence in Germany deteriorated unexpectedly in September, a survey on Monday showed, and the chief economist of the Ifo economic institute said the election result could stoke further uncertainty.

A decline in the euro accelerated after the data, and by 1040 GMT it was down 0.6 per cent at $1.1885. That put more distance between a 2-1/2-year high of $1.2092 reached on Sept. 8, when the last ECB meeting fuelled expectations the central bank would begin tapering its massive stimulus programme.

Europe's benchmark German bond yield was set for its biggest daily fall in seven weeks, down 5 basis points at 0.40 per cent.

The fall was less pronounced in Southern European bond yields as the election result led to concerns about the emergence of a more hardline stance towards the eurozone in the bloc's largest economy.

While Merkel held on to power in Sunday's vote, the surprise winners were the anti-immigration Alternative for Germany (AfD), which became the first far-right party to enter the country's parliament in more than half a century.

All parties have ruled out a coalition with the AfD but investors are unsettled by the possibilityMerkel may have to form a coalition with the Free Democrats (FDP), who are seen more opposed to deeper financial integration in the euro area and might take a more hardline stance on Greece's debt.

"This suggests headwinds to the euro and periphery," analysts at Morgan Stanley said in a note.

The impact on stock markets from the election was less marked, with eurozone shares down around 0.2 per cent.

That followed sharp falls in Asian equities which were hit by concerns over the economic health of the world's second-biggest economy China, while Wall Street was set to open a touch lower.

MSCI's broadest index of Asia-Pacific shares outside Japan was down 0.8 per cent.

Hong Kong's Hang Seng was down 1.3 percent and Shanghai slipped 0.4 per cent after a number of Chinese cities rolled out new measures to cool housing prices.

The New Zealand dollar was also hit by political jitters as the ruling National Party won the largest number votes in a weekend election but failed to secure a ruling majority, with a protracted period of coalition-building now also a possibility there.

It was at a 1-1/2-month high of $0.7435 as recently as Sept. 20, when speculation for a comfortable win by the ruling party had boosted the currency.

"While there are a few different scenarios and some potentially testy issues to negotiate, ultimately the political landscape appears as though it will remain relatively centralist and we are reasonably agnostic on what it all means," wrote economists at ANZ.

The pound edged up 0.1 per cent to $1.3510, bouncing back from a slide on Friday when rating agency Moody's downgraded Britain's credit rating.

Oil prices rose to their highest in seven months after major producers said at a meeting in Vienna the global market was well on its way towards rebalancing.

The November Brent crude futures contract was up 35 cents at $57.21 a barrel, its highest since Feb. 23, while U.S. crude for November delivery was down 8 cents at $50.58, but not far off recent four-month highs.