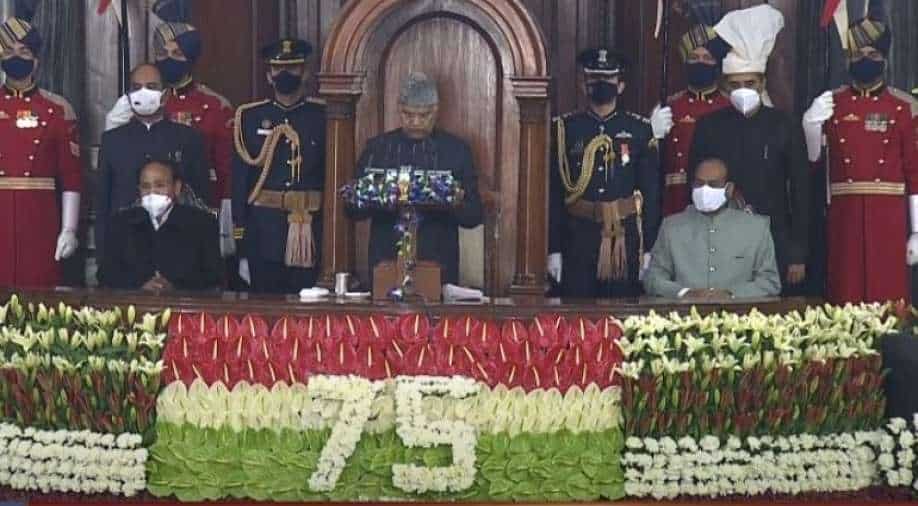 President Kovind has said that "Government has given training to thousands of women self help group members to include them as 'Banking Sakhi'. These women are working towards connecting banking services to the rural areas."

The Union Budget session of Indian Parliament has kickstarted on Monday with President Ram Nath Kovind's address to the joint sitting of both houses in the Central Hall.

President Ram Nath Kovind praised India's fight against the new coronavirus while speaking before the Parliament's Budget Session: “India’s capability to fight COVID-19 was evident in its vaccination program. In less than a year, we made a record of administering over 1.5 billion doses of vaccine. Today, we’re one of the leading nations in the world when it comes to the number of doses given.”

Here are the highlights of President Ramnath Kovind's speech:

The pre-budget Economic Survey 2022 was tabled in Parliament today, ahead of the Union Budget for the next fiscal year, which starts on April 1, 2022.

The Economic Survey summarises the health of the economy and recommends policy recommendations, however it frequently underestimates GDP forecasts.

By criminalizing Triple Talaq, govt is moving in the direction of riddance from ill-practices. Govt has also lifted the ban on Muslim women to go to Haj with Mehram (male-guardian): President Ram Nath Kovind pic.twitter.com/pBfdqBKfzz

The Budget session, which begins today, is the sixth since the COVID-19 pandemic broke out in January 2020.