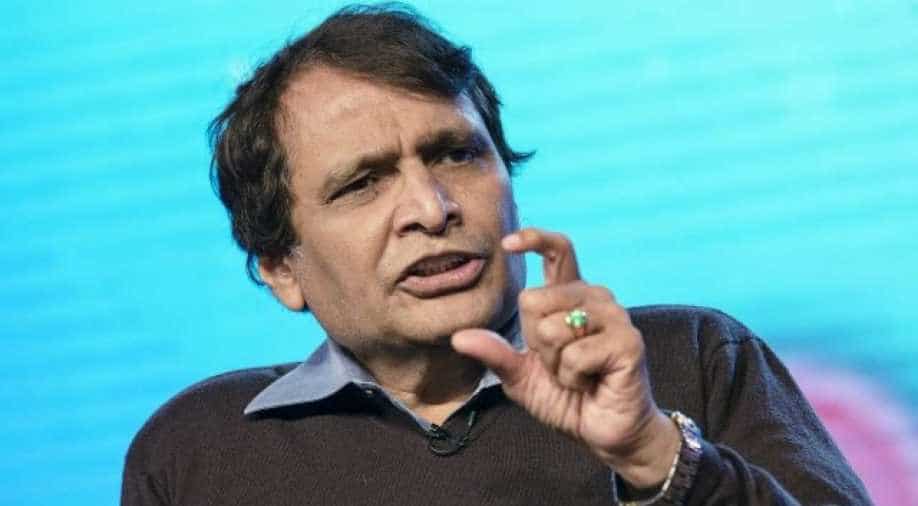 The idea is to focus on one district at a time and increase its GDP growth by 3-4 percentage points annually, which will help increase the national GDP, the minister said.

The government wants to focus on the districts as part of a bottom-up approach for boosting growth, industry minister Suresh Prabhu said here Saturday.

The idea is to focus on one district at a time and increase its GDP growth by 3-4 percentage points annually, which will help increase the national GDP, the minister said speaking at an Association of National Exchanges Members of India event here.

Accordingly, the government has identified six districts, mapped its baseline of their economy with help from reputed bodies like IIM and NCAER and then work on specifics to increase their economic output.

"We've been focusing on the macro all these while, and while that continues, now we feel the need to also have the micro or the bottom," said Prabhu, who also heads the commerce and aviation ministries.

He said the chosen districts are in Maharashtra, Andhra Pradesh, Bihar, Himachal Pradesh, and Uttar Pradesh, and these districts will get special attention in ease of doing business.

The minister said it is now a certainty that the $2.6-trillion economy will scale the $5-trillion mount over the next seven-nine years, and touch the $10 trillion mark by the turn of 2035.

The measures being undertaken to push growth at district level are aimed at achieving this higher target earlier, he said, adding there will be a launch event in the financial capital next Tuesday regarding the same.

Prabhu said the country is now targeting to increase the annual FDI inflows to $100 billion.

The government has identified the sectors which can attract investments and has prepared a list of 150 companies sitting with huge cash balance which will be targeted to get investments, he said.

He said a vibrant capital market is essential both for mobilising capital as well as make it work effectively, such that it delivers the maximum returns for the economy.

Prabhu said it is one of the most challenging times for global trade and we'll have to increase our focus on services and merchandise exports and that government has asked Exim Bank to undertake an analysis both from a product as well a geographical perspective to increase exports.

Addressing the event, a top Anmi functionary flagged taxation issues being faced by investors, terming it as a price for transparency which domestic investors have to play and sought to be heard as the government is currently preparing the direct tax code.

M Damodaran, a former Sebi chairman, said he has reservations on self-regulatory organisations and pointed to the lack of success on this front at the chartered accountants, medicines and the legal profession.