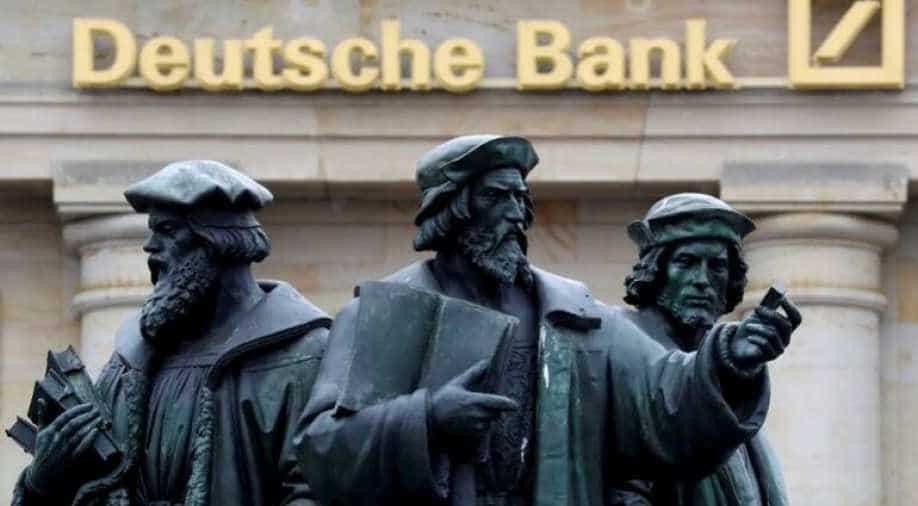 A statue is pictured next to the logo of Germany's Deutsche Bank in Frankfurt, Germany Photograph:( Reuters )

The German lender's legacy IT systems have been blamed in part for the bank's failure to control costs.

Deutsche Bank is creating a new technology division in a strategy shift designed to reduce complexity and lower costs while transforming systems that have held back the bank for years.

The German lender's legacy IT systems have been blamed in part for the bank's failure to control costs and for its slow progress in keeping up with the wave of financial technology innovation across the industry.

Technology has long been a problem for Deutsche Bank. Former Chief Executive John Cryan complained in 2015 about "lousy systems" and "very slow processes", and former operations chief Kim Hammonds last year described Deutsche as "vastly complex" and the "most dysfunctional" workplace she has known.

The central technology division announced on Monday will be led by Bernd Leukert, overseeing tech security, data and innovation functions among others, the bank said in a note to employees seen by Reuters.

"At its heart, our technology strategy empowers our businesses to control 'what' is produced, while technology has control of the 'how'. In the past, the 'how' offered too much optionality and did not consistently follow group-wide architecture and tooling," it said.

The lender also established a board-level Technology, Data and Innovation Committee in May and has vowed to invest $14.2 billion in technology by 2022.

It will be doing so amid a technology arms race in banking. Research from UBS this year found that JPMorgan has budgeted $11.4 billion for technology in 2019 alone.

In its note to staff, Deutsche Bank also said that moving systems to the cloud would not happen overnight, meaning it would continue to invest in legacy infrastructure on which it operates today.

However, it pledged to continue to reduce the number of applications and barriers to technology functions.

"We have a bank-wide commitment to strengthen engineering expertise in the bank by increasing the share of expert internal technology staff," it said.