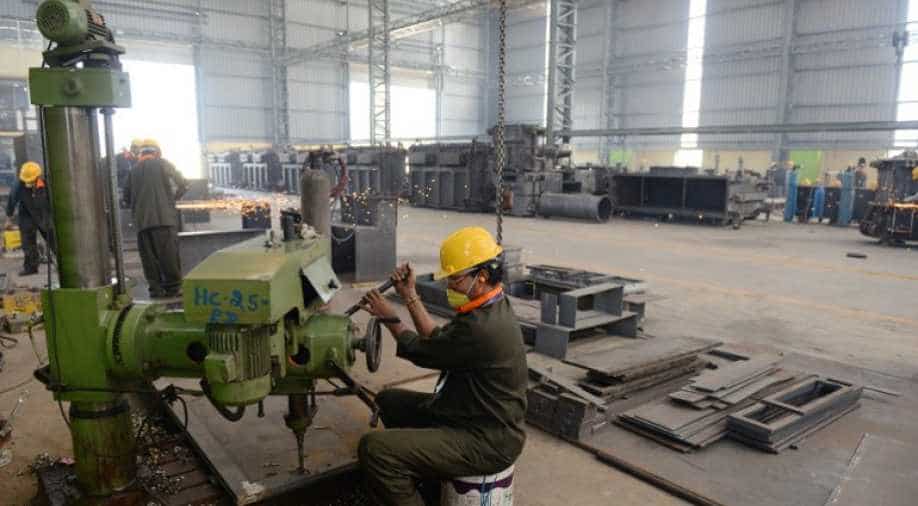 The Purchasing Managers' Index, which measures manufacturing sector activity, fell to 49.6, down from 52.3 in November. Photograph:(AFP)
Follow Us

Hit hard by the demonetisation move, the manufacturing sector plunged into contraction in December -- the first shrinkage in a year -- as the cash crunch took its toll on new business orders and factory output, a monthly survey showed today.

The Nikkei Markit India Manufacturing Purchasing Managers' Index (PMI) -- which measures manufacturing sector activity -- fell to 49.6, down from 52.3 in November.

The index slipped below the crucial 50 threshold -- which separates contraction from expansion -- for the first time since December 2015. This also marked the biggest month-on-month decline in the index in over eight years or since November 2008 when the global economy had slipped into a severe downturn after the Lehman bank collapse.

"Having held its ground in November, following the unexpected withdrawal of Rs 500 and 1,000 bank notes from circulation, India's manufacturing industry slid into contraction at the end of 2016," said Pollyanna De Lima, Economist at IHS Markit and author of the report.

Survey participants widely blamed the withdrawal of high-value rupee notes for the downturn as cash shortage in the economy reportedly resulted in fewer levels of new orders.

Though December saw a mild decline in manufacturing output, the average reading for October-December remained in the "growth terrain", suggesting a positive contribution from the sector to overall GDP in the third quarter of 2016-17, the survey said.

Several researchers and economists have lowered their near-term GDP growth forecasts in the wake of the demonetisation move, though there is a broader view that the decision would help the economy grow faster in the longer run.

"With the window for exchanging notes having closed at the end of December, January data will be key in showing whether the sector will see a quick rebound," Lima added.

The report said the higher prices paid for a range of raw materials made average cost burden increase for the 15th straight month in December, with the rate of inflation picking up since November.