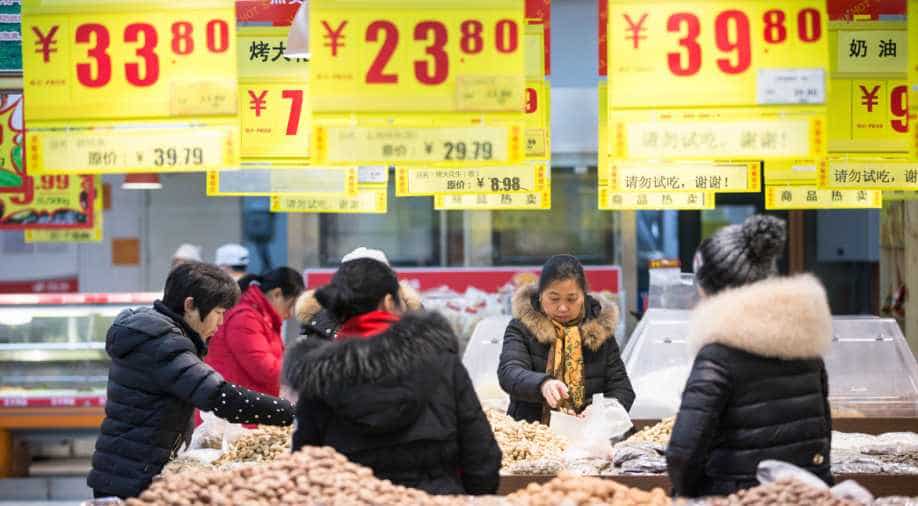 Food prices can spike due to the destruction of crops and livestock by floods,increasing the risk of a rise in consumer inflation in the second half of the year said Chang Liu of Capital Economics. Photograph:( Getty )

The consumer price index (CPI) -- a main gauge of inflation -- rose 1.9 perc ent on-year, the National Bureau of Statistics said, lower than May's 2.0 per cent but higher than the 1.8 median forecast in a Bloomberg News survey of economists.

Moderate inflation can be a boon to consumption as it pushes buyers to act before prices go up, while falling prices encourage shoppers to delay purchases and companies to put off investment, both of which can hurt growth.

The world's second largest economy expanded last year at its slowest rate in a quarter of a century as Beijing strives to effect a difficult transition in its growth model away from reliance on exports and fixed-asset investment towards one driven by consumers.

The producer price index (PPI), which measures the cost of goods at the factory gate, fell 2.6 per cent year-on-year last month, narrower than the 2.8 per cent decline in May, as deflation pressures eased due to a rebound in some commodity prices.

Protracted declines in PPI bode ill for industrial prospects, but narrowing declines in the last two months have fuelled hopes the Chinese economy could be reaching the bottom of a painful slowdown.

Construction is likely to spike once the floods subside, but in the short term industrial production growth will see "negative shocks", Zhang Yao of Nomura said in a note.

Food prices could spike due to the destruction of crops and livestock by floods, said Chang Liu of Capital Economics, increasing the risks of an rise in consumer inflation in the second half of the year.