Briefcase or 'bahi-khata': What will Sitharaman carry for her second budget presentation? 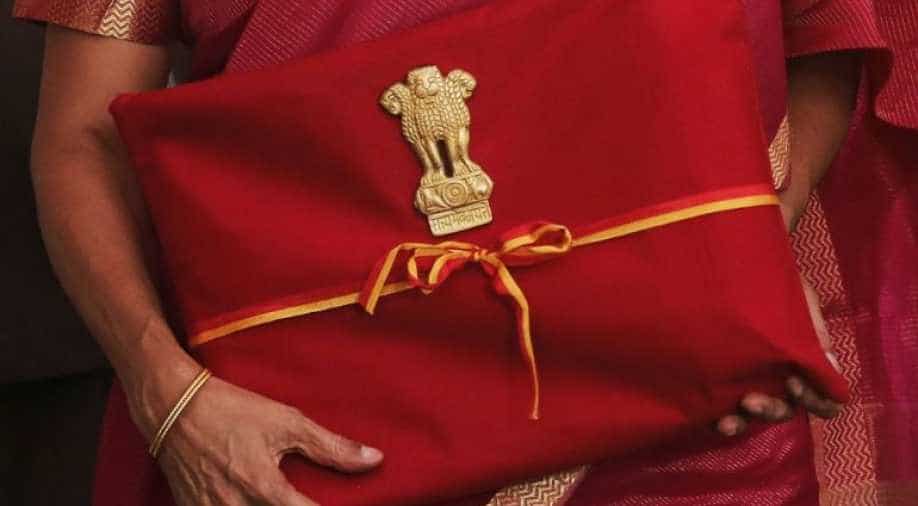 All eyes will be on Nirmala Sitharaman tomorrow as she will present her second budget as the country's finance minister.

Trade pundits and businesses are waiting with a baited breath, expecting her to bail out the economy of the ongoing slump.

On a lighter vein, it also remains to be seen if she would carry documents in a briefcase or a traditional bahi-khata which she used for her maiden budget presentation. On the day of the Union Budget presentation in 2019, Sitharaman broke away from long-standing traditions of colonial-era when she ditched the briefcase and opted for traditional bahi khata, which is a kind of a ledger wrapped in a red coloured cloth.

The word 'budget' has its origin in the French word Bougette, which means leather briefcase. Traditionally, budget documents -- which primarily include papers related to revenue receipt and expenditure as well as the speech of finance minister -- were carried in a brown briefcase, a legacy passed on by the British.

However, traditional Indian businessmen used bahi-khata to maintain their books of account. Commenting on the shift from a briefcase to bahi-khata during the 89th Union Budget, Chief Economic Advisor, Krishnamurthy Subramanian had told ANI in July last year: "The government is following Indian tradition and bahi khata symbolises our departure from the slavery of Western thought."

Also read: Here are key terms you should know to understand the Budget

On being asked about the replacement of the briefcase, Subramanian had said, "It is not a Budget, but a Bahi-Khata (ledger)."

"Sitharaman believes that leather made products are not auspicious for the big occasion, so she avoided the leather bag and took the bahi khata wrapped in the red cloth. This is considered to be auspicious," he had said.

In July last year, Sitharaman had said that Modi government is not a "suitcase-carrying government".In a veiled attack on Congress, she connected her idea of carrying budget documents wrapped in a red cloth instead of a briefcase with alleged corruption in the previous UPA government at the Centre.

"For Budget 2019, I did not carry a suitcase. We are not a suitcase-carrying government. A suitcase also denotes something else: suitcase-taking, suitcase-giving. Modi ji's government is not a suitcase government," she had said at the International Business Conference of Nagarathar in July 2019.

Wholesale price-based inflation spikes to over 8-year high of 7.39% in March