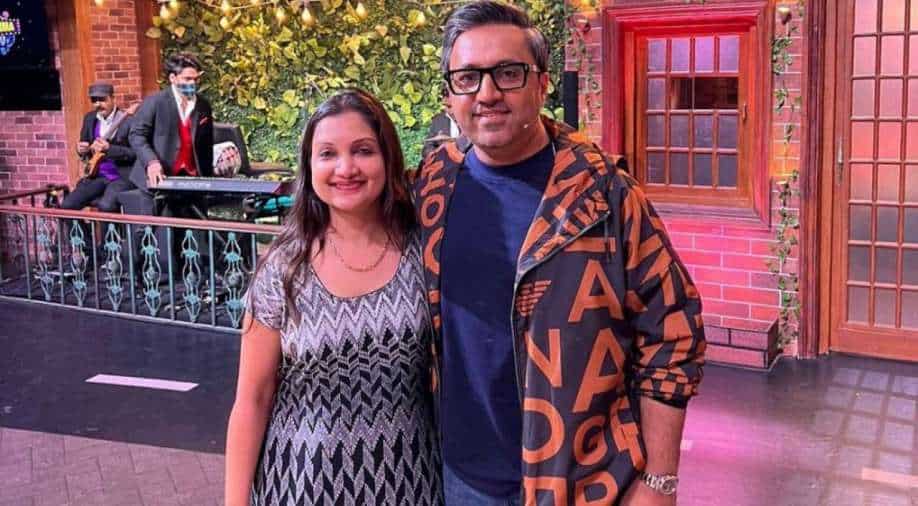 A major management consulting and risk advisory firm, Alvarez and Marsal, is expected to present its report on financial problems at the firm under Grovers' tenure soon.

Madhuri Jain Grover, the wife of BharatPe's co-founder and managing director, Ashneer Grover, has been fired due to alleged financial irregularities and the cancellation of ESOPs vested in her.

Madhuri Jain's contract was terminated on Wednesday, according to sources, after a review discovered theft of funds during her time at the fintech platform.

"Madhuri Jain's contract has been terminated and the reasons for this are misappropriation of funds and authorisation of inflated bills during her tenure," said the source.

BharatPe did not reply to the news right away.Madhuri Jain had not yet responded to the news.

A major management consulting and risk advisory firm, Alvarez and Marsal, is expected to present its report on financial problems at the firm under Grovers' tenure soon.

During the Grovers' tenure, PwC, a global auditing firm, was tasked with auditing the fintech platform's operation.

Suhail Sameer, the newly-appointed BharatPe CEO, recently addressed a letter to unhappy employees, informing them that there are certain "serious charges" based on internal concerns that are being investigated, and that they should maintain their faith in the Board.

While many of the findings of the governance review are "pretty standard", there are "a couple of more serious allegations," he wrote, saying the review is still "substantiating the allegations".

Sameer said that whatever the board decides, it will be in the best interest of employees, merchants, and consumers.